Wondering what to watch online this month? Well, we’ve got you covered. We know you miss heading to the theatres to catch the latest flicks, we do too. And while the ambience may be amiss, we’ve got some amazing movies and series lined up for you in our July watchlist. Here’s what’s waiting for you on Netflix, Amazon Prime, and Disney+ Hotstar.

When: 3 July
Where: Netflix

After drunk emailing her ‘perfect guy’, a 30-something Wesley heads to Mexico with her girlfriends to undo this blunder. While we can’t head out for a vacation just yet, the beautiful sights of Mexico promise to help with the FOMO.

When:  3 July
Where: Disney+ Hotstar

You don’t need to head to New York to catch this phenomenon anymore. We can finally watch this amazing Broadway production from the comfort of our homes. Disney+ Hotstar just released a filmed version of this iconic musical, with the original cast (Lin Manuel Miranda). Since its premiere in January 2015, the Broadway production of Hamilton has bagged numerous awards, including the Pulitzer Prize for Drama and 11 Tony Awards.

Check out our review of Hamilton here.

When: 24 July
Where: Disney+ Hotstar

Sushant Singh Rajput’s untimely demise left us all with a hole in our hearts. However, his talent and memory are enshrined in his work forever. His last film Dil Bechara is an adaptation of John Green’s 2012 novel The Fault In Our Stars. The novel was first adapted by Hollywood in 2014, and was a teen favourite. Get your tissues ready, for this one’s bound to be a tearjerker. 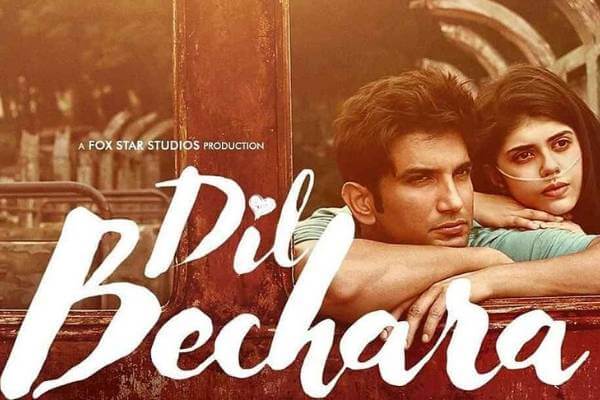 When: 11 July
Where: Netflix

It’s about time this soulful heartbreak made its way to Netflix. In its fourth Hollywood remake, Lady Gaga and Bradley Cooper are the star-crossed lovers who take us through the turbulence of stardom, alcoholism, and the aspiration of Hollywood. For those of you who didn’t know, A Star Is Born (1937, 1954 and 1976) were the OG Aashiqui 2. Oh, and the soundtrack is nothing short of magic. I mean, Lady Gaga’s rendition of Shallow didn’t just win an Oscar for nothing.

When: 20 July
Where: Netflix

If murder mysteries are your jam, this period drama set in 19th century New Zealand is just the thing for you. Based on the Man Booker Prize winning novel by Eleanor Catton, The Luminaries is a perfect blend of murder, suspense, love, and twisted fates.

When: 3 July
Where: Netflix

Ahh… Don’t we all love a pleasant trip down memory lane? Based on Ann M. Martin’s beloved book series by the same name, the 10 episodes of the first season follow the lives of five middle school friends who run a babysitting business. This charming tween drama will transport you back to your favourite reading nook as a child.

When: 1 July
Where: Netflix

With rumours of a third installment in the air, we could not have missed this all-time favourite, heart-warming musical on our watchlist. To all our fellow ABBA fans out there, this light-hearted yet touching mother-daughter tale is just the one for you.

Related: 24 Shows And Movies To Watch On Netflix And Amazon Prime In June

When: 1 July
Where: Netflix

This stirring documentary revisits Anne Frank’s diary, along with the accounts of five other Holocaust survivors. This informed retelling of The Diary Of A Young Girl is a compelling watch that will have you in its grip until the very end.

When: 31 July
Where: Amazon Prime Video

This much-awaited biopic of the mathematics wizard Shakuntala Devi (aka the ‘human computer’) will be gracing our screens super soon. Starring the charismatic Vidya Balan, this movie is all set to blow your minds. Yes, even if you hate math! We promise you won’t be tested.

When: 10 July
Where: Amazon Prime Video

It seems to be the season for crime-thrillers, and Breathe: Into The Shadows would be the ideal addition to this list. After the resounding success of the first season that starred R. Madhavan, this time we’ll see Abhishek Bachchan fight against all odds to find his missing daughter. The trailer has us on the edge of our seats, and we can’t wait to binge this one.

While these are just a few of the many movies and series to look forward to this July, we hope this list helps sort out your boredom blues.

Hamilton Review: Watch This Musical For Its Magnificent Re-Telling Of History

Your Horoscope For This Week: Relationships, Work, Life, And Everything In Between

Your Horoscope For This Week: Relationships, Work, Life, And Everything In Between