Hamilton Review: Watch This Musical For Its Magnificent Re-Telling Of History

When one says the word Hamilton, the first thought that comes to mind is the Broadway show in the US. What doesn’t come to mind is the story behind it and why it truly became the phenomenon that it is today. With its premiere on Disney+ Hotstar, the show has finally been brought to millions of viewers, and we are so grateful! Lin-Manuel Miranda’s Hamilton is pure magnificence. Read on to find out why.

A story of revolution packaged for modern excitement

For the unaware, Hamilton is a musical on the life of Alexander Hamilton, one of the Founding Fathers of the USA. Hamilton was an immigrant orphan from the Caribbean island of Nevis who took on a crucial role in the American revolution. Played by Lin-Manuel Miranda, Hamilton is a man of his dreams. With a piece like ‘I am not throwing away my shot’, we are instantly given an insight into Hamilton’s never-give-up attitude and his drive to shine bright in history books.

The show was first premiered in 2015 at the Public Theater. A year later, in June 2016, the show was filmed by director Thomas Kail and cinematographer Declan Quinn at the Richard Rodgers Theater in front of a live audience.

Hip-hop, swag, and a historical musical – Can I have more, please?

Naturally, when you talk about shows on politics and the lives of political figures, you almost always expect it to be boring, with long, stretched speeches full of political jargon and a lot of sleep-inducing content. BUT! Hamilton is nothing like that. In fact, you will want to watch this show on loop. The two hours and 40 minutes, which would have been too long for any other musical, are perfect for Hamilton. 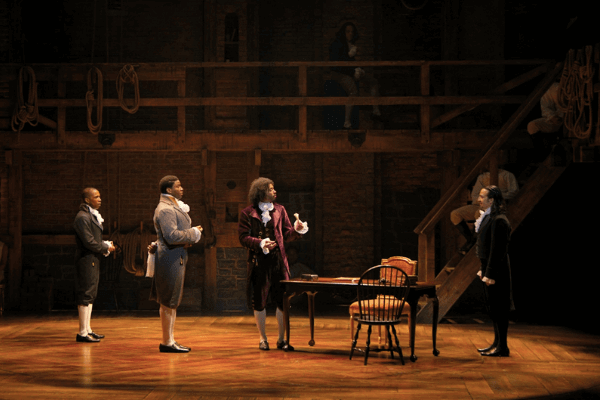 Divided in Acts I and II, the musical stands apart in every aspect of its production. The cast is a true representation of American life as we have always been made to understand – inclusive and accepting. The other Founding Fathers have been played by exceptional Latino and black actors. The cast breaks the boundaries of race and ethnicity to make this grand musical come alive. Daveed Diggs as Marquis de Lafayette, Jonathan Groff as King George III, Leslie Odom Jr. as Aaron Burr, and Anthony Ramos as John Laurens – there could not be a better cast even if they tried! Daveed Diggs, in my personal opinion, is the star of the show. The script is exciting, funny, upbeat, and truly something that would make millennials go ‘Hell yeah!’ Rap battles, beat-boxing, mic drops, and a whole lotta swag – need I say more?

Every little movement, including the minutest brow twitch and finger movements, have a purpose in this show. What makes you sink into the theatrical world is the fact that this show was recorded with a live audience. It actually makes you want to get up and scream with excitement! 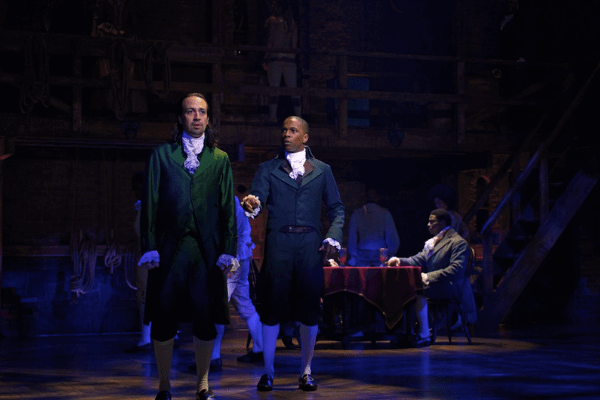 Having watched Hamilton on a laptop screen, I can only end this review with an addition to my bucket list. Catching the show live one day is now my dream. I will not throw away my shot (if I get it)!

8 Tequila Cocktail Recipes To Get The Party Started At Home