Taking A Flight Soon? Here’s What You Should Know Before Getting On A Plane

Taking a flight can be exciting and stressful at the same time. If you’re travelling for leisure, it’s the beginning of a long-anticipated trip. If you’re travelling for work, you’ll want to do everything in your power to make your flight as painless as possible. Either way, a flight should be comfortable for everyone. But that is generally not the case. There are a lot of common mistakes people make on flights that can lead to an uncomfortable, unpleasant trip. Taking a flight might seem basic enough, but there is a lot that most people don’t know about aeroplanes and how they can make their own lives easier. For example, did you know that you should NEVER walk around barefoot in a plane?

Here are a few things you should know about commercial airliners so that your next flight is a pleasant experience and doesn’t leave you with some yucky after-effects.

The tea and coffee jugs are almost never washed between services

Because no one has the time! At the most, tea and coffee jugs are rinsed between services. If you do want to have a hot cup of tea or coffee, drink one at the airport.

That’s right. Unless the blankets have stains or are visibly dirty, they won’t be washed after every flight. If you do like to be all snug and cosy on a flight, carry your own wrap. 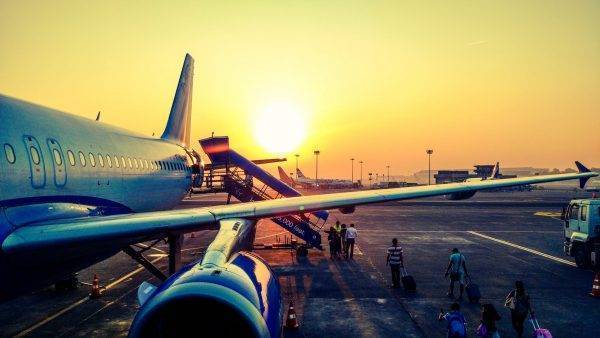 You know how most airlines send their crew to collect headphones just before the plane lands? Even though that’s necessary, it seems annoying to the passenger. But what you can do is carry your own earphones. That way, you don’t risk using someone else’s used headphones (gross!) and you can keep watching your movie till you land.

If the bread on your meal tray isn’t in a cover, don’t eat it

Airline food, in general, isn’t the most appetising. But if you see a piece of bread on your tray that isn’t in a cover, don’t eat it, no matter how hungry you are. Some of these pieces can fall off the tray or get thrown around inside a meal cart. While the crew doesn’t have time to check each tray, you can do your own due diligence.

Do not walk around barefoot

Aeroplane floors are extremely disgusting. People puke, babies poop and pee, food falls on them, and people walk around all over them with the dirtiest shoes. Most commercial aeroplanes don’t get more than a couple of hours between flights. The cleaning crew has to be quick as lightning to prepare the aircraft for the next set of passengers. A quick cleaning, however, doesn’t get rid of the germs. We know that. So, even if it looks and smells clean, please don’t touch that pretty carpeted floor with any part of your body. 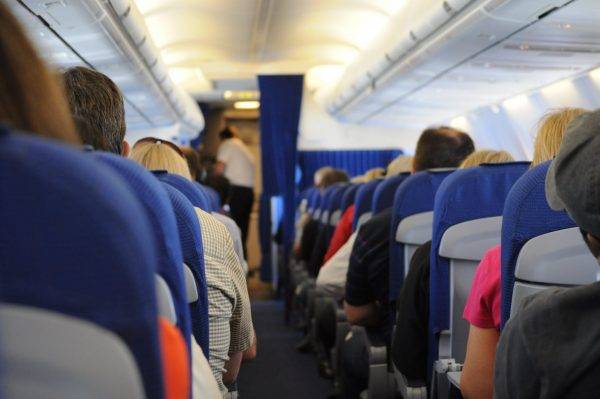 Do not cross your legs during takeoff or landing

This is a safety issue. Takeoff and landing are the two most critical phases of a flight because of the increased likelihood of an accident. Even though these accidents are really rare, you can take your own precautions. Do not sit cross-legged during takeoff or landing to avoid breaking your legs in case of a sudden impact. Your legs should also not be folded under you or the seat. Just keep them straight at 90-degree angles and sit straight for a few minutes.

The bathroom doors can be locked and unlocked from outside

This is a neat little trick some nefarious crew members use to keep a lavatory booked for themselves. However, those are few and far between. Most of the time, this trick is used to keep a lavatory “occupied” during takeoff, landing and turbulence so that passengers don’t keep getting off their seats. But this can also be used to unlock a door from outside if a passenger is in distress inside the lavatory.

As expected, the quantity of anything is limited when you’re 30,000 feet in the air. If you haven’t booked a meal, and if you’re a strict vegetarian or strict meat eater, it’s best to select a seat in the front of the cabin. If your meal choice is popular with the rest of the passengers as well, it’s likely that the crew will run out of it by the time they reach the end of the cabin. So your best chances of a good meal on most airlines are in the front.

The farther back you go, the more turbulence you’ll feel

That’s just physics. The tail of the aircraft moves more with turbulence. The best seats to avoid feeling turbulence are over the wing or in the front of the plane. If you sit in the front, you’ll hear less of the engines as well, so you’ll have a quieter flight. This is also why you might feel that the seatbelt sign is on for no reason. That is done even in light turbulence so that people in the back of the plane don’t move out of their seats.

Want an emergency exit seat on a double-aisle plane? Remember that’s also right next to the “baby zone”

On international flights with double aisle planes, the emergency exit seats have the most legroom. And that’s very tempting for a long flight. But you should also remember that this is where people with babies are generally placed. That’s because the bulkhead, or the wall in front of the middle seats, is the only place where you can put a baby bassinet. So if you don’t want to be near screaming babies on a long flight, you might want to compromise on the legroom.

Keep these tips handy when you’re taking a flight, and you will have a comfortable trip. Do you have some travel hacks of your own? Tell us in the comments. In the meantime, check out the travel tips we’ve figured out with time and personal experience.

What’s Happening In November: 9 Events In Delhi NCR That You Don’t Wanna Miss

Aunty Eve Talks: How To Convince Your Parents To Let You Go On A Trip With Friends