Pride Month 2021 seems to be headed beyond performative activism and towards genuine inclusivity, and we’re all for it. In a landmark decision earlier this week, the Odisha Police allowed for the recruitment of transgender people in the police force. Two separate newspaper advertisements called upon men, women, and transgender people to apply for the posts of constables and sub-inspectors.

Odisha Police has announced the recruitment of 244 posts of Constable (Communication) in Signals Service. pic.twitter.com/sRmEsIrPAA

Odisha Police has announced the recruitment of 477 posts of Sub- Inspector of Police. pic.twitter.com/GHTLYCjrLV

Odisha’s Director General of Police, Officer Abhay also made an official announcement regarding the decision,

“I invite qualified women and men to join the Odisha Police as constables (communication) and SIs to serve the people of the state. Also, for the first time, people belonging to the transgender category can also apply for both the posts.”

What the transgender community had to say

Historically, the trans and queer community, as a whole, has had to struggle for equitable access to jobs and resources. And hence, seeing Odisha follow through with this decision is indeed a victory for the trans community in India.

Transgender collectives Odisha Kinner and Third Gender Mahasangh wholeheartedly welcomed the decision and expressed their gratitude towards the Odisha Police.

“For the first time, a public advertisement has been issued seeking application from transgender people in government jobs in the state. Including the transgender people in the force will not only boost the confidence of the community but also change the society’s perception towards transgender people,” said Pratap Kumar Sahu, the founder-president of the Third Gender Mahasangh. He also requested the chief minister to allow for some relaxations in physical fitness evaluations for trans applicants. 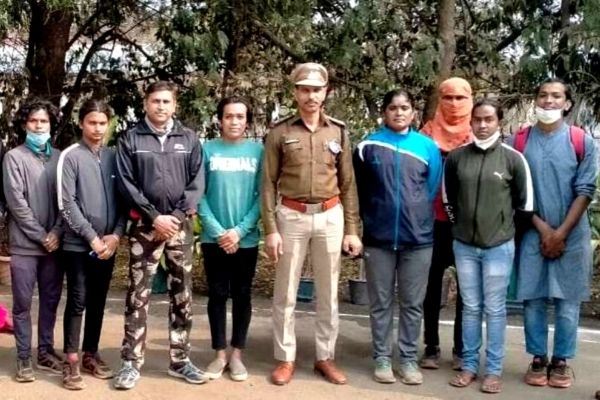 Trans activist and chairperson of the All-Odisha Transgender Welfare Association, Meera Parida also spoke up in gratitude and appreciation. “We thank the Chief Minister and Home Department for taking this decision towards gender equality and the development of the transgender community. This step will not only boost their confidence but will also change the perception of the society towards transgender persons,” she said.

Soon after the announcement was made public, praise and appreciation poured in from citizens across the country.

Waiting to welcome transgenders as co-workers. Proud of @odisha_police for this path breaking decision 🌈 https://t.co/lQdS0pme9k

It’s such a fantastic news! I am so happy. Pls convey my love and respect to everyone involved in this decision Sir @arunbothra ♥️🙏🏼

It’s a path breaking decesion by our very own @odisha_police . This needs to be highlighted and appreciated all-around. Hope other sectors will take motivation from this and help our transgender community to be part of main Society. Hope!!!
No Caste No Religion #NOGENDER.

One of the best reforms in police. Looking forward for their service. Best of luck @odisha_police

#Transgenders have the same right to live, work, and be happy.@odisha_police acts. Good move!#PositivePolicinghttps://t.co/41cVpIsYha via @indiatoday

Very good decision. It’s time we gave them their rightful place in society. Every human being must be given a fair chance irrespective of any caste, community and gender

Unbiased recruitment of transgender people and other members of the LGBTQIA+ community in the Indian workforce is extremely crucial. More opportunities like these will go a long way in easing the community’s financial struggles and shall allow them to lead a fulfilling life with dignity. And needless to say, inclusive hiring across the public and private sectors will also boost the economy significantly.

Your Horoscope For June 14-20: Relationships, Work, Life, And Everything In Between

Gift Ideas For Father's Day: Every Desi Dad Will Give You 10/10 For These Gifts

How To Get Your Dream Job On LinkedIn: Aunty Eve’s Priceless Tips

10 Home Essentials On Amazon Under ₹4,000 To Make Your Home Monsoon-Proof

No Clutter, No Stress: 9 Amazon Finds Under ₹1,500 To Keep Your Home Organised

Gift Ideas For Father's Day: Every Desi Dad Will Give You 10/10 For These Gifts