The holiday season is here, and spending time with friends and family is a great way of celebrating it. What makes it even more memorable is an intimate gathering with your loved ones, along with good food and good wine. And because it’s so cold these days, make your holiday season a little cosy and merry with these easy and unique mulled wine recipes. Whether you like red wine or white, there is a mulled wine recipe in here for everyone.

Related: Christmas Recipes For Sweet Treats To Bring In A Little Holiday Cheer 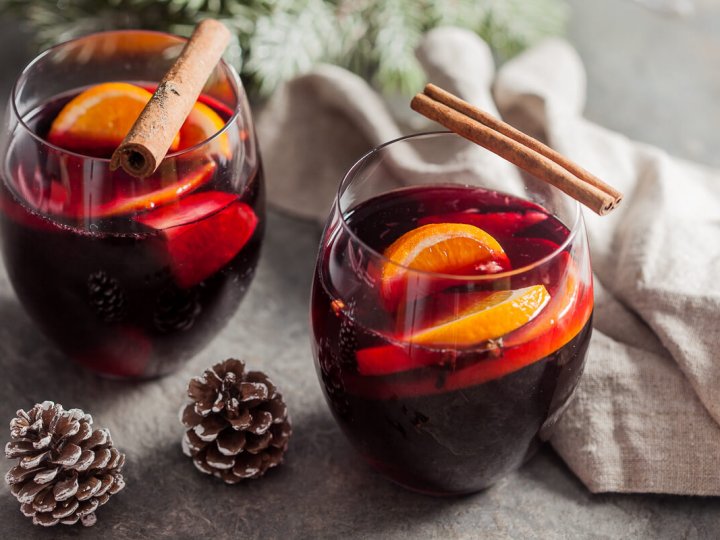 4 tbsp honey (adjust according to taste)

Start by taking a saucepan and placing it over medium heat. Now to this, add wine, brandy, water, honey, and spices. Then, give it a good stir, and squeeze the lemon and orange juice in it. Next, bring it to a boil, reduce the heat to low, and let it simmer for another 15 minutes. Once everything is well combined, strain the wine into cups and serve warm with orange slices. You can store the leftover wine without straining it in the refrigerator for up to 3 days. 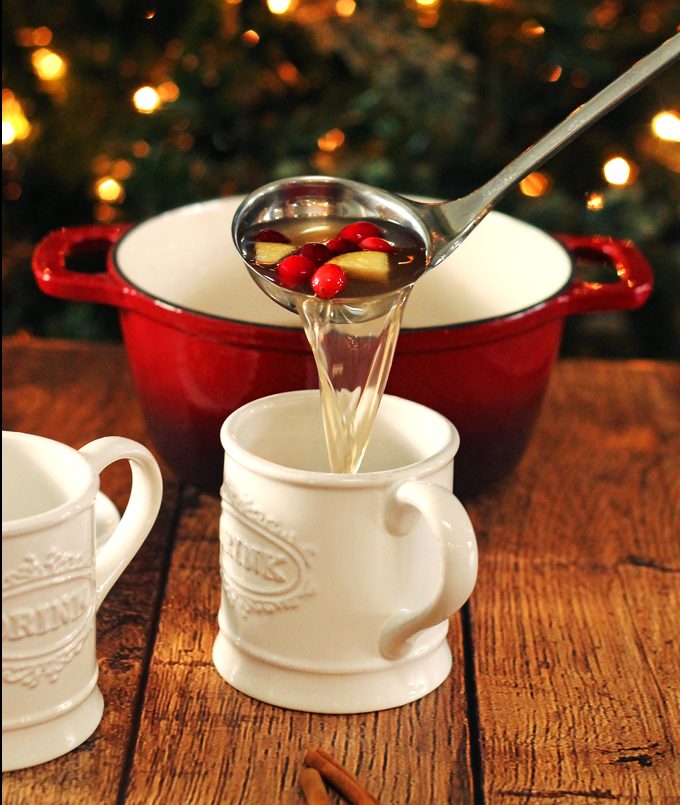 Place a medium-sized pot over medium heat, and add apple cider, cinnamon sticks, cloves, nutmeg, and vanilla bean to it. Cover and let it simmer slightly, but don’t let it come to a boil, for about 30 minutes. Alternatively, you can add those ingredients to a slow cooker and heat on low for a few hours.
Then, taste the cider, and when it smells and tastes flavourful enough, remove it from the heat. To this, add the wine and the vodka, and mix well. Next, add cranberries and apples, cover, and let it sit for a few minutes. You can also warm it up once before serving but make sure it is not too hot. Pour into mugs and serve! This is one of the easiest mulled wine recipes out there, so even if you’re not a pro in the kitchen, you can still give this a shot. 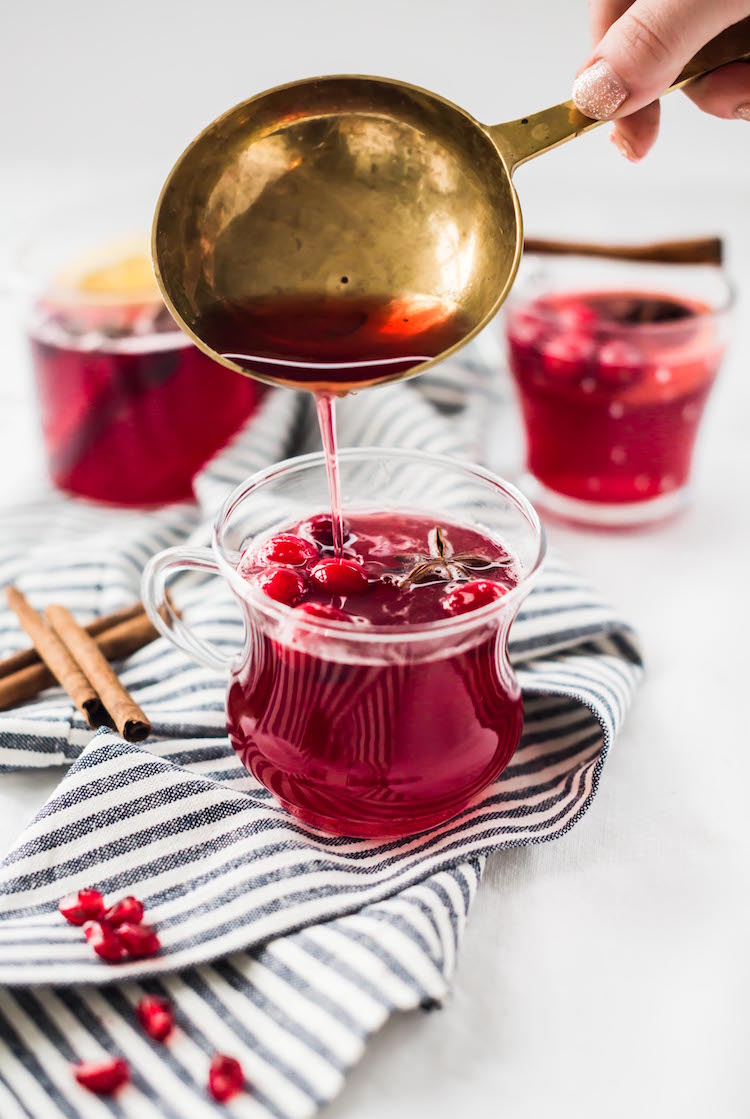 8 tbsp honey (adjust according to taste)

Take the oranges, slice them thickly, and add cloves into the skin of the oranges. This will help in removing the cloves after the wine is prepared. Next, slice the apples. Add all the liquid ingredients into a slow cooker and stir well. To this, add the clove-studded orange slices, apples, cinnamon sticks, and star anise. Turn the flame to medium heat and let the mixture simmer for about an hour. Your cranberry pomegranate mulled wine is ready to be served. You can store the leftover in the refrigerator in a tight container for up to 3-4 days. 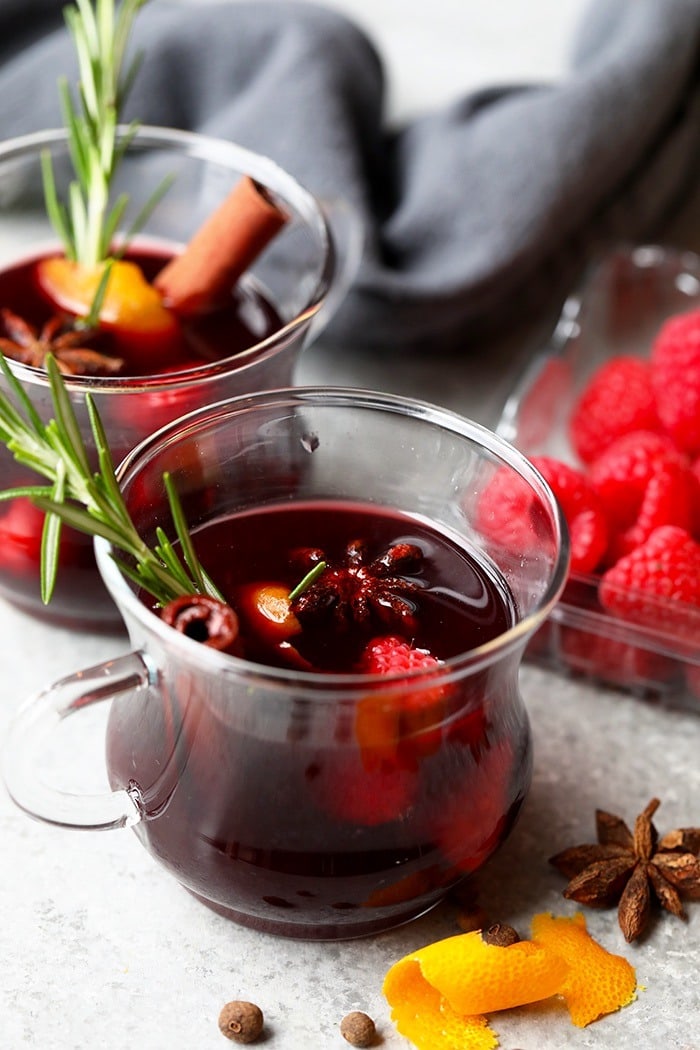 Take a pot and place all the ingredients into it and bring the mixture to a boil. Once it has boiled, turn it down to low and let simmer it for 10-15 minutes, stirring occasionally. Your wine is ready. Use a sieve to remove any seeds or spices before serving. Garnish with a cinnamon stick, star anise, fresh thyme, and an orange peel.

Add all the ingredients to a large saucepan, place it over a medium flame, and bring it to a simmer. Don’t let it boil, just let it simmer for about 15 minutes. Keep the heat on low because you don’t want to boil out the alcohol. Once it is ready, strain it out into cups and garnish it with the orange slices, a cinnamon stick, and some star anise if you like. 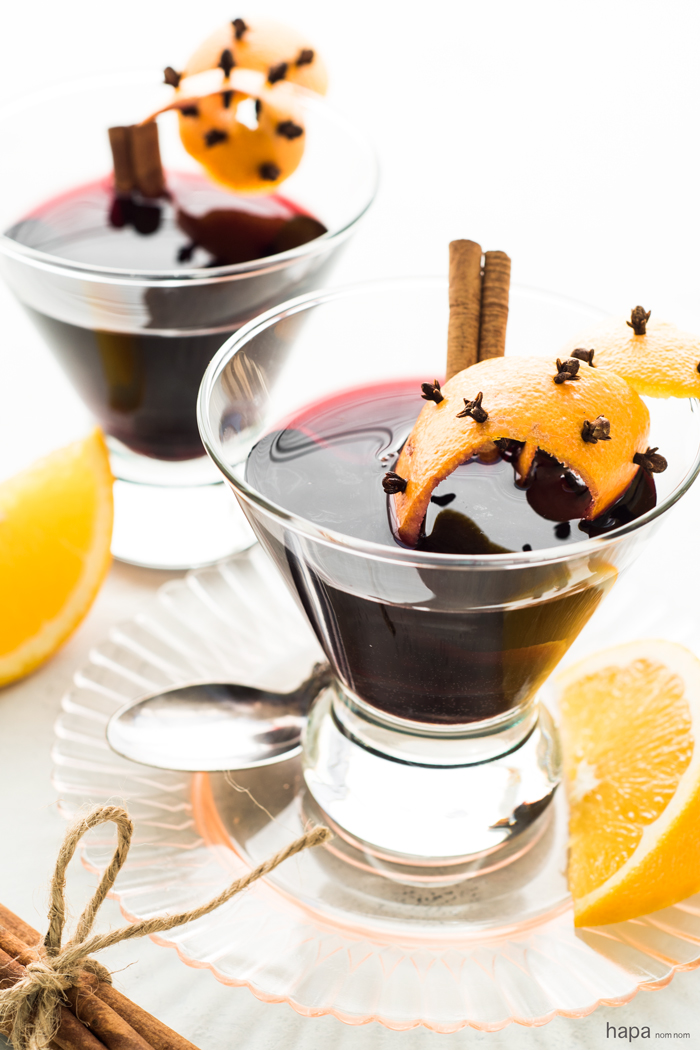 In a large saucepan, combine all of the ingredients and place over medium-low heat. Do not use an aluminium or copper pot since the metal can impart a metallic taste while the alcohol is warming. Then, allow the concoction to warm up until small bubbles form along the edges. Remember to make sure the mixture does not boil as it will decrease the alcohol content. Once it comes together, strain the solids from the liquid, serve warm, and enjoy! 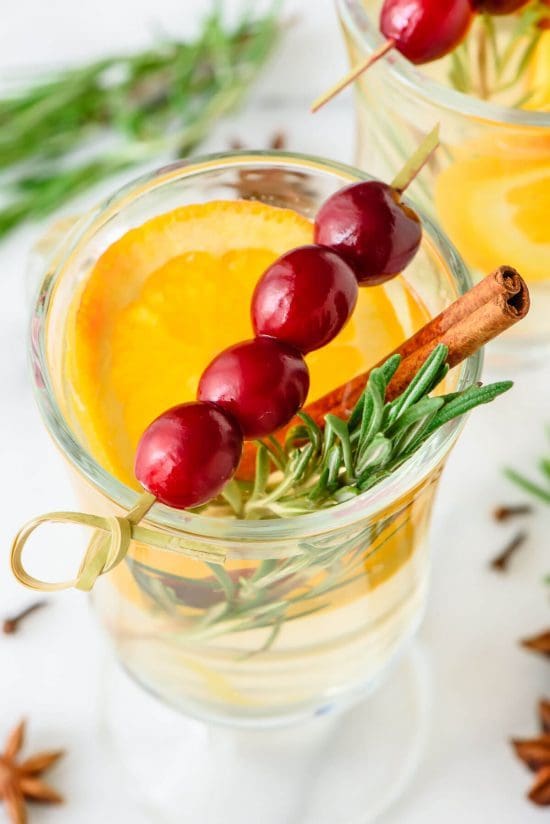 2 rosemary sprigs plus additional for serving

Take a saucepan and place the rosemary sprigs in the bottom with half a cup of cranberry juice. Bring it to a boil, then let it simmer for about 3 minutes, and strain it into a slow cooker. Now, discard the rosemary stems, peel the orange rind, and add the peels to the cooker. To this, add the remaining 1/2 cup of cranberry juice, bottle of white wine, cranberries, cloves, cinnamon sticks, and star anise. Let it cook on low for an hour, until it is warm. Once it is done, add in the rum and give it a good mix. Now, serve it warm, garnished with additional rosemary, cranberries, and cinnamon sticks. 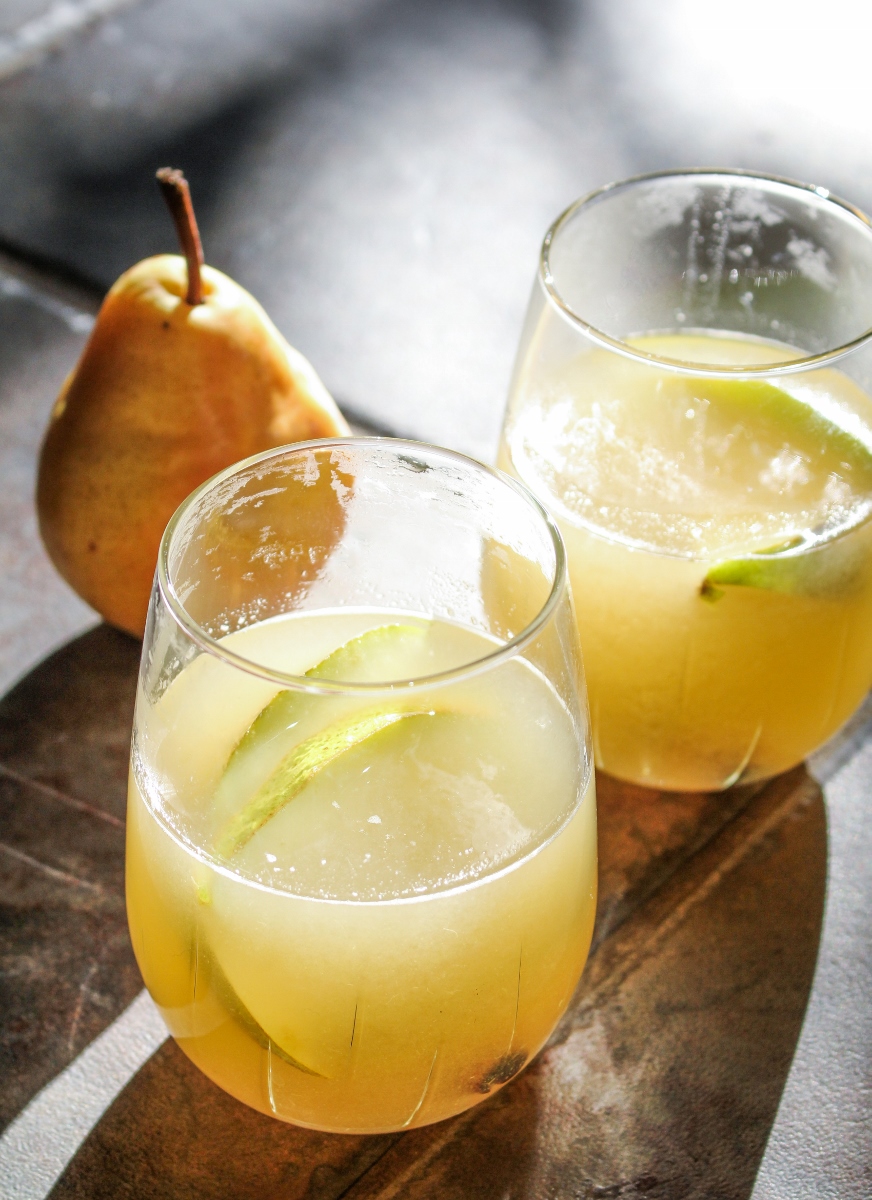 Peel and core the pears and roughly chop them into cubes. Place the pear cubes, sugar, water, cinnamon stick, and cloves in a saucepan, and bring to a simmer over medium heat. Simmer the mixture until the pears are soft, for about 8-10 minutes. Then, use a spoon to remove the cinnamon stick, cloves, and discard them. Next, puree the mixture till it gets smooth, in a regular blender or using a hand blender. Put the pear syrup back in a saucepan and add the liqueur, wine, and heat it over low heat until just steaming. Once done, remove from the heat, pour into cups, garnish with a few slices of pear, and serve.

Related: Which Drink Do You Need? The Perfect Cocktail Recipes Based On Your Zodiac Sign

From Skincare To Holistic Wellness: 8 Ayurvedic Brands That Deserve A Spot On Your Shelf

7 Pumpkin Spice Recipes Beyond Lattes You Can Try This Weekend

Onam Feasting: 5 Recipes For A Delicious And Authentic Onam Sadhya