If there is one thing that men love to do, it is to try to control women. What they wear, how they behave, what they should do in their lives, and even how they should eat or breathe. You can’t really blame men for that though. The poor little things are just victims of their circumstances. After all, the patriarchy and toxic masculinity hurt men far more than they hurt women. All they can do now is sit on a high horse and pass judgement on women and tell them how to live their lives. And that’s what they’re doing to Uorfi Javed. She has been judged mercilessly for her fashion choices, but you can’t deny that the woman has the gumption and the brains to shut the trolls up. Here are eight times Uorfi Javed spoke absolute sense and we love her for it. 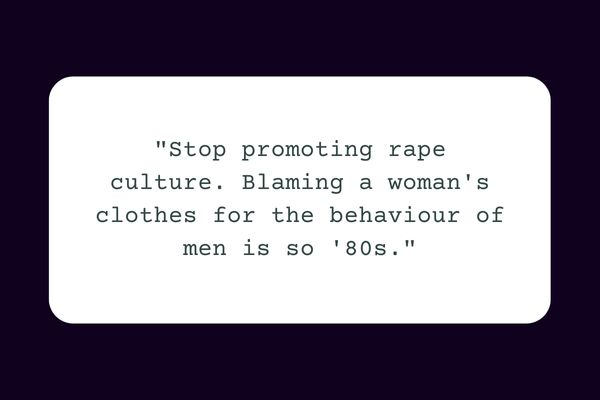 If you haven’t been living under a rock, you might have seen the ongoing war of words between author Chetan Bhagat and reality TV star Uorfi Javed. Recently, at a literature festival, Chetan Bhagat made a comment, “Phone has been a great distraction for the youth, especially the boys, spending hours just watching Instagram Reels. Everyone knows who Uorfi Javed is. What will you do with her photos? Is it coming in your exams or you will go for a job interview and tell the interviewer that you know all her outfits?”

The comment was not just uncalled for, but also needlessly judgemental. Uorfi had a fitting reply for the author and you can’t help but applaud her guts to call out his misogyny and hypocrisy. For a man who has been accused of sexual assault by multiple women, he has way too much audacity to be commenting on Uorfi, her sartorial choices, and its impact on youth.

As Uorfi rightfully said, she is not an author, and nor does she have a link to the literature or publishing field. So, there was absolutely no reason for Chetan Bhagat to name and shame her. Especially when he himself is embroiled in #MeToo allegations. After all, people living in glass houses shouldn’t be throwing stones.

If you follow the popular reality show Bigg Boss, you may be aware that filmmaker Sajid Khan is a part of the show this season. What you may also be aware of is the fact that Sajid Khan has been accused by multiple women of sexually harassing them or being inappropriate with them. Despite such serious allegations, he was invited to a national TV channel to repair his image, while he walks around taking no accountability for his actions. In fact, a lot of celebrities came out in support of the director saying he made a mistake in the past and is now trying to rectify it.

Uorfi rightfully called out the channel as well as the people who supported a person accused of sexual assault for trying to normalise such behaviour. She called out the channel for their disgraceful behaviour and their inability to empathise with Sajid Khan’s victims. Furthermore, she also didn’t hesitate to call out celebrities like Shehnaaz Gill and Kashmera Shah for their support and said, “If women like them are free to support a sexual predator, I’m free to criticise him and both of them too.”

Related: #MeToo Accused Gets Paid ₹5,00,000 To Whitewash His Image On National Television 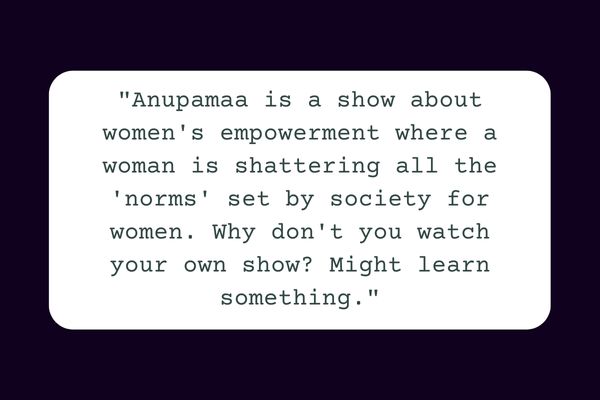 Sudhanshu Pandey, who is currently seen in the TV show Anupamaa, called out Uorfi for her “ghastly” videos on Instagram. Around Diwali, the reality star posted a video where she was eating a laddoo while sitting topless. Now, if something like this comes up on your page and you don’t like it, all you gotta do is scroll past it. But the actor decided that wasn’t remarkable enough and went on to make a comment saying, “I don’t follow this person but I still have to see such ghastly sights every day thanks to news channels. I’m enraged seeing this.”

For obvious reasons, the comment didn’t sit well with the reality star and she called him out on it. For a man who is doing a show that’s promoting women’s empowerment, his actions lack any empowerment whatsoever.

Related: 11 Thoughts Aunty Eve Had During Her 14-Day Anupamaa Binge

4. Talking about her struggles 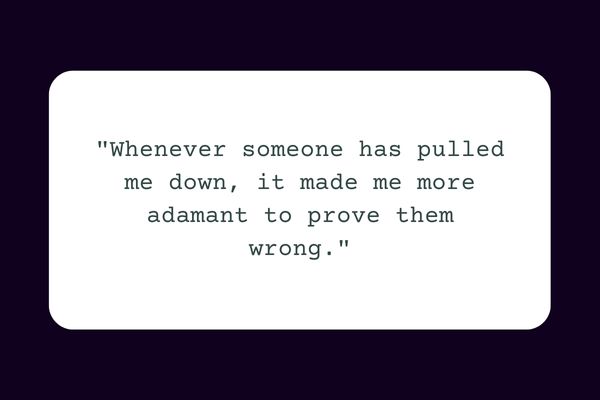 It was after her stint in the Bigg Boss OTT house last year that Uorfi Javed achieved fame and success. But her roots are quite humble and her journey to fame has been quite thorny and humiliating at times. The star hasn’t shied away from baring her soul to the world about her struggles. Coming from a conservative Muslim family, the actor didn’t have support from home, so she ran away. She has talked about a time when she had nothing to her name and had to sleep in parks. The lack of work and money and the inability to take care of her family led her to depression and she was even suicidal. Despite all odds, she worked hard and was determined to prove her haters wrong.

5. On a bodyguard misbehaving with her 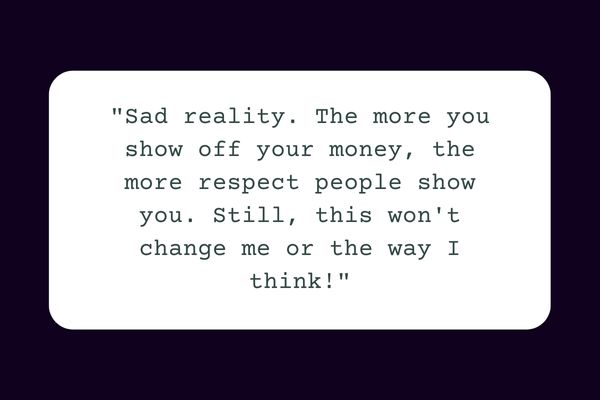 Early this year, Uorfi recounted an incident wherein she was invited to a news agency’s office but was denied entry by the bodyguards. She talked about how she wasn’t allowed inside because she didn’t get out of a fancy car or walk in with a set of bouncers. Uorfi commented on her lack of a ‘godfather’ in the industry and not being a star kid being the reason she was treated so poorly. All it would have taken for the guards would have been a call to the news office to confirm if she had an appointment or not, instead they decided to misbehave with her physically and verbally. Despite this incident, the actor takes pride in her humble roots and is determined not to change herself, just to fit a mould.

6. On religion and religious practices

One of the comments directed towards Uorfi Javed has been her choice of clothes given that she is a Muslim. People have criticised her for wearing short clothes as that doesn’t match religious sentiments. She has been clear that though people try to preach to her and teach her about her religion, she has studied on her own and tries to imbibe good things from all religions. The reality star has been vocal about the good and bad aspects of all religions and talked about how the Hindu ritual of kanyadaan or the Christian ritual of giving away the bride is not progressive.

7. On the “distasteful dressing” remark by Farah Khan Ali 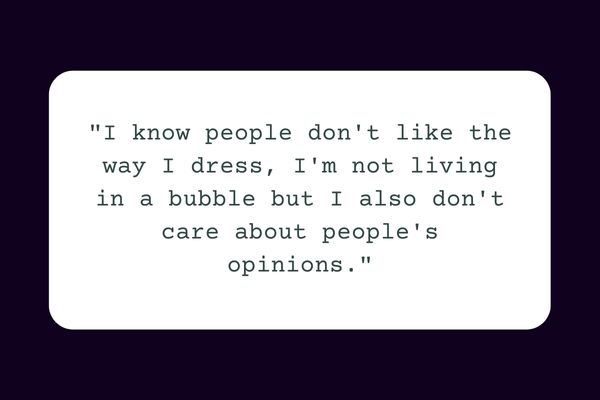 A while ago, jewellery designer Farah Khan Ali made a remark about Uorfi’s fashion sense and said, “This young girl needs to be reprimanded for distasteful dressing.” While not everyone needs to like the reality star’s fashion game, people can mind their own business, but alas, even that is a little hard for people to do. The actor gave a fitting reply and was clear that she didn’t care about people’s opinions. She also asked Ali what, according to her, comprised “tasteful dressing” and if sexualising a woman’s body for movies and item numbers was tasteful and acceptable.

8. On her fashion choices 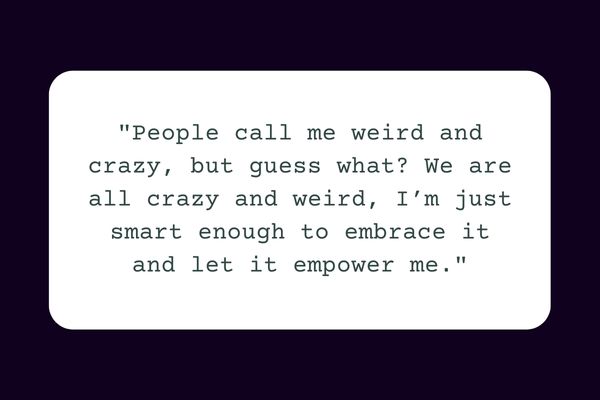 Uorfi has constantly been trolled for her sartorial choices and mercilessly so. But that has never deterred her from expressing herself the way she wants. She has often chosen offbeat cuts and fabrics to wear. A few months ago, the reality TV star walked into an event in a 20 kg glass outfit. While she has been called weird for her fashion game, she has remained fabulously confident and that’s something everyone can learn from her.

Worst Of 2022: 8 Instagram Trends That Blew Our Minds…And Not In A Good Way

New Year’s Eve Decor On Amazon Under ₹1,000: Plan A Grand House Party On A Budget

Changing Surname After Marriage: A Colonial “Tradition” That Indians Insist On Preserving