Yes, we’re done. We’re done with women getting attacked and then being blamed for the attack. And before you go #NotAllMen, let me remind you #YesAllWomen. All women have been harassed, at the very least, just because they are women. An uninvited touch, an unrelenting stalker, a husband who demands sex, an uncle who hugs too tight for too long, a neighbour who asks too many questions, a friend who blames you for sending ‘signals’, or a stranger who passes a lewd comment because he knows he’ll get away with it. We’ve all been through it.

Yet, women are the ones who are restricted and pushed down, as demonstrated by NCW member Chandramukhi Devi recently. While in Badaun, UP to take stock of the investigation in the rape and murder of a 50-year-old woman, Chandramukhi Devi said, “I think if she had not gone out in the evening or was accompanied by any child of the family, perhaps this incident could have been avoided. But this was pre-planned as she was called through a phone call. She went and then returned in such a state.”

The victim died from shock caused by excessive bleeding. She also had tears, a fracture, and multiple other injuries. This is the “state” that a member of the National Commission for Women thinks could have been avoided if she had not gone out in the evening alone. Read that again.

When a murder is being investigated, we never hear, “Had he not been at the crime scene at the time, this could have been avoided.” When a house is robbed, we never hear, “Had the owners not kept anything worth stealing, this could have been avoided.” The perpetrator of the crime is blamed in these cases, fair and square. But when a woman is sexually assaulted, we all know who is blamed. And the women of India are truly and utterly sick of it. 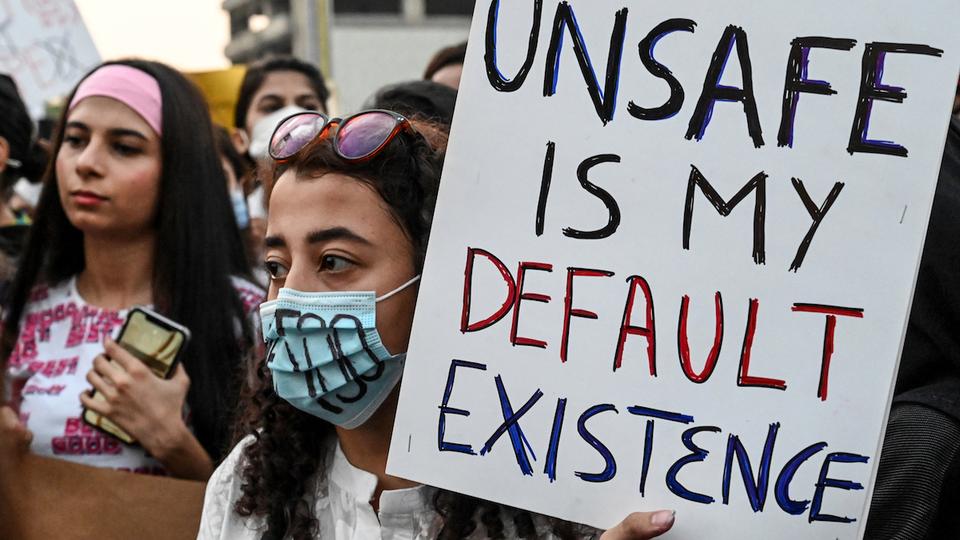 So, since our agencies and commissions can’t fathom what needs to be done and who to investigate in cases of sexual assault, we are proposing a set of guidelines for men. After all, if the police and the state can’t protect women from men, it only makes sense to restrict the men. In 2021, perhaps we need measures like these to finally be able to go out at night alone and not stay on alert for an attack at the next corner.

RULE 1: Women in every family must ensure that men stay home after sunset. Guard the doors to keep them inside.

RULE 2: At least one woman of the family must accompany a man when he is out of the house.

RULE 3: Men should cover their eyes when they are out of the house and not look at women.

RULE 4: Men should avoid wearing revealing clothes so that they don’t get too excited and lose control.

RULE 5: Cellphone usage must be restricted for men so that they can’t harass women.

RULE 6: All internet activity must be monitored by the woman of the house.

RULE 7: Men must not talk to strange women. If a woman approaches them, they must raise an alarm.

RULE 8: Men must obey their mothers, wives, sisters, and aunts to live a safe and secure life.

RULE 9: Men must not talk back to a woman and anger her unnecessarily.

RULE 10: If men are found alone at night, they will be blamed for anything that happens to them or other men in the city.

RULE 11: Men must continue to live under restrictions for their own sake till all rapists are caught and put behind bars.

Sounds reasonable? No? Too harsh? Are you outraged as a man who has never done any harm to a woman? Well, don’t worry. None of these restrictions will ever apply to you, regardless of how you treat women. All men will still roam free and all women will still live in fear, no matter what time of day it is.

Related: Things Women Around The World Still Need Freedom From

#EveRecommends: 15 Motivational Movies To Keep Your Spirits Up For The Next Week

#NewYearNewAunty: How To Keep (Or Pretend To Keep) Your New Year Resolutions

#NewYearNewAunty: How To Keep (Or Pretend To Keep) Your New Year Resolutions