Keto Diet Side Effects: We Tried The Keto Diet For A Month And Here’s What Happened

If you’ve tried to lose weight in the past few years, you would’ve heard of the keto diet. This is one diet where the marketing was done so well that almost everyone with disposable income bought into it at some point. Wow, you can eat all the meat? Wow, so much cheese? All that butter is ALLOWED? Sounds great for a big eater, no? It’s not! While it’s being sold to you, through various before-after pictures on Instagram and “testimonials”, the keto diet sounds like paradise. But the keto diet side effects are real and tough.

We tried the keto diet for a month and man, it was difficult. Apart from the medical side effects (which you should ask your doctor about), this is what you should be prepared for. 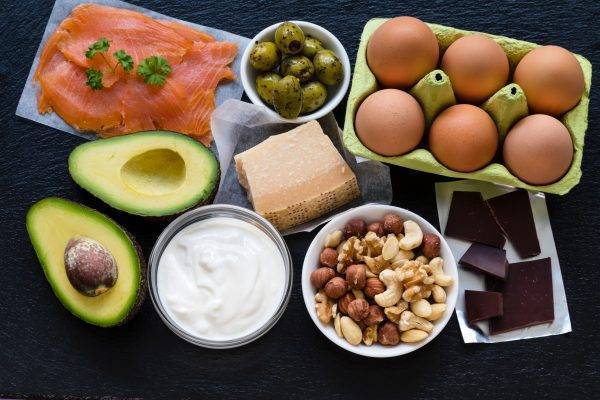 1. The carb craving is real

Seriously. One day into keto and you’ll want to eat that entire loaf of bread in the fridge. Even plain rice, without ghee or butter, will seem tempting beyond control. So, the best way to avoid this is to get rid of all temptations from your kitchen before starting the diet. However, since we all have access to Zomato and Swiggy, you might find yourself aimlessly swiping through biryani restaurants and drooling. Yes, we did that.

When you cut out carbs from your diet completely, your body goes into a sort of rebellion. It’s like trying to soothe a teenager who has just lost their phone privileges. You will wake up exhausted and sleep even more exhausted. This is one of the symptoms of something called ‘keto flu’. It’s very common and happens to almost everyone in the beginning. And it’s supposed to go away in three to four days. Ours lasted for a week. Fun times.

People will also tell you that you have to work out to derive the maximum benefits from this diet. You’ll want to punch them in the face. Don’t do it.

3. Who’s going to eat all those desserts?

Just because you’re on a diet, that doesn’t mean everyone else at home will do the same. Suddenly, they’ll want to go out for dinners and dessert. They’ll also start stocking mithai or ice cream at home. But can you even sniff any of that? Nope. If you can resist the sweet craving phase, you’ve won half the battle, honestly. We had a few lapses. There were some midnight raids in the kitchen. But that didn’t last long thankfully.

4. The will to carry on becomes weaker every day

Three days into keto, and you will want to have a casserole full of rice or garlic butter naans. The will gets weaker every single day but you’ve just got to stay strong. When there is a plate of chhole bhature in front of you, with gulab jamuns in the fridge, your resolve will weaken. Like ours did. One bite (or 10) of chhole bhature never hurt anyone, right?

Nothing’s wrong with you. Relax. It’s perfectly normal to burst out crying when you’re new to the keto diet. That’s one of the worst keto diet side effects, but it probably will happen. That’s when you realise that carbs = joy. It’s okay. Let it out. Cry. Howl. It won’t make you feel better, but at least you’ll have burnt some calories with all the shouting and gasping. It worked for us.

6. Start cancelling all those weekend plans

Weekend parties mean an overflow of alcohol. And guess what else you have to give up with the keto diet? Copious amounts of alcohol. You’re only allowed 60 ml a week (yep!) of either whiskey or vodka. And you can only have these with water or any other zero calories beverage. Like ice. So, if you like your sugary cocktails and whiskey cokes, you’ll hate going to any weekend plan. So, you might as well cancel. We did.

7. What is that new, clean feeling?

After being on keto for about a week to 10 days, you’ll feel something new. You’ll feel clean and light from inside. The first week, we’ll admit, had its failures and banned cheat days for us. But when we did the diet right the next week, there seemed to be something positive happening. It’s like the feeling when you have a really good poop and feel happily empty. It’s this feeling throughout the day, once your body gets used to the keto diet.

8. You become THAT person

Yeah. You become the person who can’t stop talking about the keto diet in social gatherings. You’ll start going to parties again when you’re accustomed to the diet and immune to temptations. But you’ll also find it hard to stop talking about it. Don’t be surprised if people start pulling away slowly and stop calling you to parties. But hey, you feel great, right? Right.

After a month of doing the keto diet, we realised that you will either give it up for good or you’ll get addicted to it. While the diet isn’t for everybody, it is worth a shot if you’ve been told by the doctor to cut down on carbs. If you’re trying to get healthy, also check out our healthy snack and dessert recipes.

Have you tried the keto diet? How did it go for you?

8 Non-Boring, Healthy Breakfast Recipes Which You Can Make In 30 Minutes Or Less