No Result
View All Result
Home Travel Bookmark for bucketlist

Cold, extremely cold but never lacking in warmth. Blessed with a gigantic geographic spread but never the one to isolate a passionate traveller. Russia happens to be one of the most enigmatic and beautiful countries. Few places in the world are as bestowed with natural beauty as they are enormous in size. Russia is, therefore, in a league of its own. Its political and economic capital, Moscow has been a melting pot of diverse cultures, absorbing landscapes being home to a bustling, urban vibe. But often subdued under an envelope of geopolitical currents, the Putin-land misses the bucket list of the curious traveller.

That said, there’s plenty to explore in the Russian capital, a destination fondly described as a pious mother in an interesting parallel to Germany, pegged as the fatherland.

Here are some compelling reasons why you should visit Moscow

1. THE WIDE-EYED CHARM OF RED SQUARE

Ever modern capital city has at least one central destination that serves as a fulcrum around which its tourism revolves. For Moscow, it’s the Red Square. The Red Square is considered to be the epicentre of Russia. Most of Moscow’s main streets and many Russian highways originate from this place. If you walk the uneven cobblestones amid the hustle and bustle of a thriving cosmopolis, you do both: walk on sands of history whilst retaining a sense of contemporary culture. 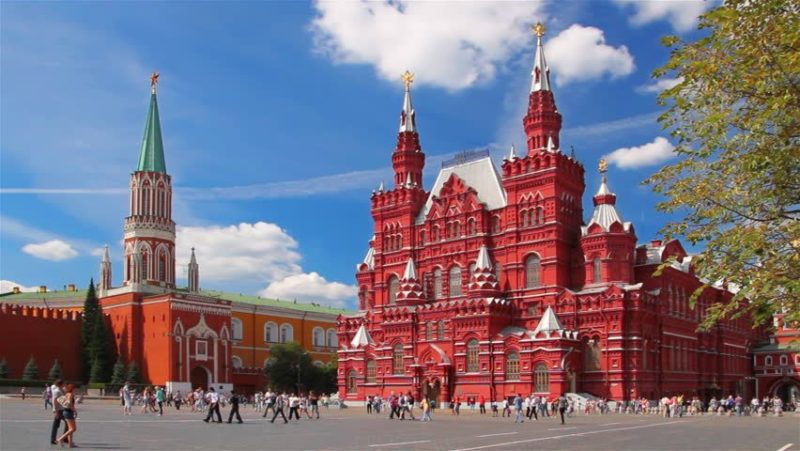 2. THE MAGNIFICENT MUSEUMS AND ART GALLERIES OF MOSCOW

You don’t simply come to Moscow to visit a revolutionary land; rather you come to observe some timeless pieces of art and relics. A visit to any museum or art gallery in Moscow could be likened to dipping your toes into the astonishing world of art. The Tretyakov Gallery is an aesthetically pleasing sight beholding the majesty of the great artists of the 18th and 19th centuries. Many parts of Moscow, that were formerly industrial centres are bustling homes to art today, such as the Flacon Design Factory. 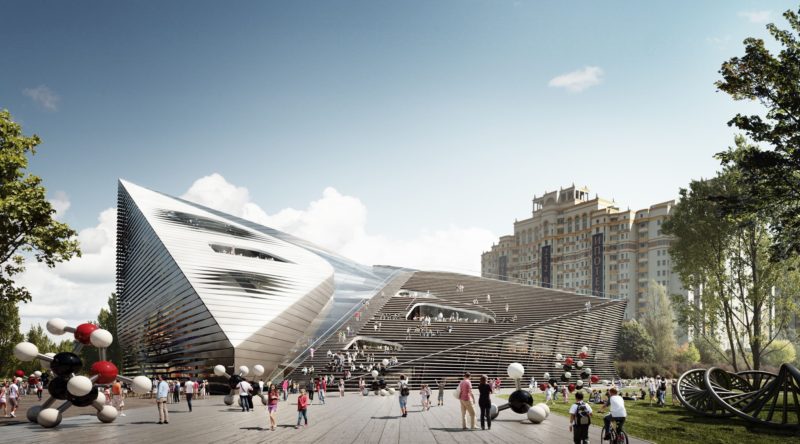 3. THERE’S NO METRO STATION QUITE LIKE THE ONE IN MOSCOW

Most 21st century cities have extremely busy albeit tidy metro rail stations that are anything but eye pleasing. They are just principle centres aiding urban mobility. There’s hardly a sight to behold, quite simply nothing to move you to click a selfie. But then not every city is like Moscow. Opened in 1935, Moscow’s metro system is a striking feat of engineering. It’s one of the oldest and largest underground train systems in the world. But what lends it an artistic touch is the presence of enigmatic sculptures, intricate mosaics and, its opulent architecture. You don’t just ride a metro rail in Moscow; you navigate through jaw-dropping beauty. 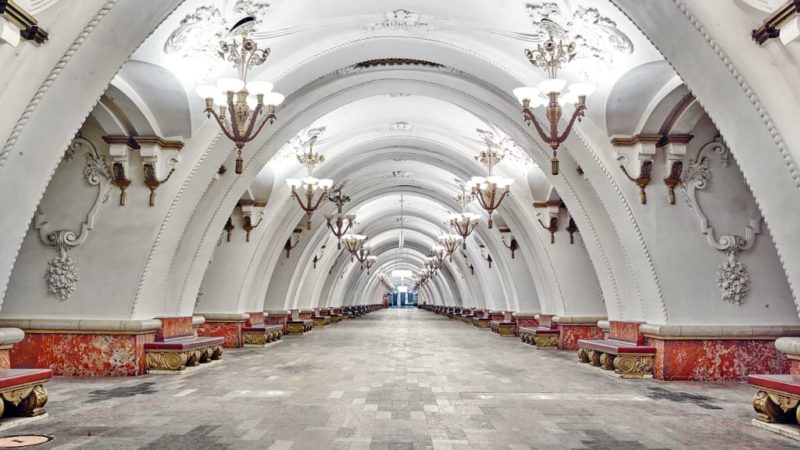 4. SHOPPING MALLS IN MOSCOW ARE A PARADISE FOR WORLD TRAVELLERS

Here’s an uncomplicated reason why you should visit Moscow. It doesn’t like to call its shopping avenues as malls. That’s a lame term. It prefers the word boutique instead. From high-end fashion brands to artistic design pieces, an enervating spread of fragrances and, traditional handicrafts- Moscow will leave you tongue-tied with all that’s out there. Albeit, not always on sale. The Pertovskiy Passazh, Crocous City Arcade and, Raikin Plaza are simply unmistakable places from which to return back with several carry bags. 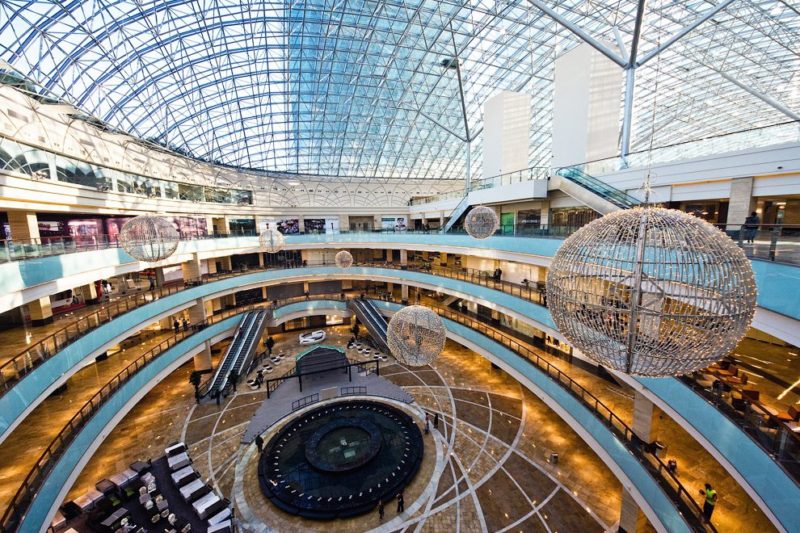 This is one of the main reasons why you should visit Moscow. The traditional Russian cuisine is laced with exotic soups and rustic, wholesome dishes like pelmeni and caviar. And Moscow offers an enticing gastronomic landscape for foodies. Whether it’s scrumptious world cuisine or tantalising cosmopolitan eateries, Moscow is replete and seasoned with exuberant offerings from around the world. 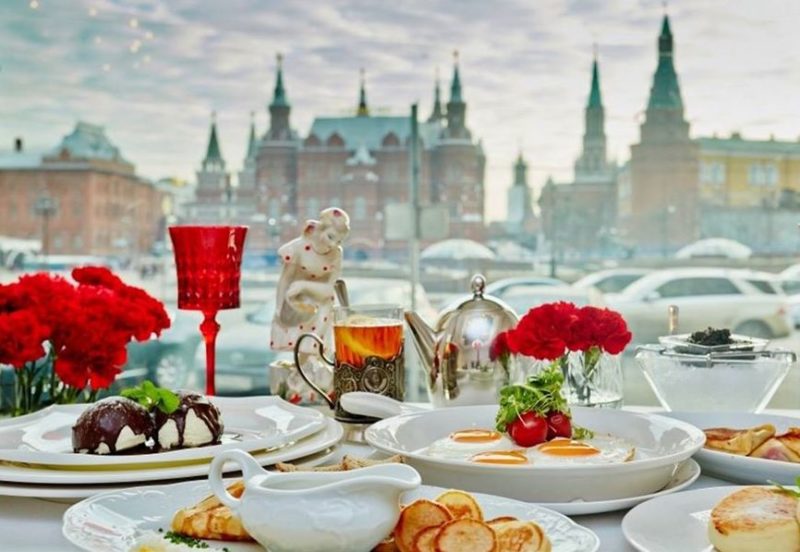 6. THE FINEST IN RUSSIAN THEATRE AND BALLET

There are few places like Moscow that are nestled with an important slice of revisiting its heritage and culture. While Germany is renowned for it’s Oktoberfest and, France for unravelling perfumeries and patisseries, Russia unveils its cultural prominence through ballet and theatre. If you are in Moscow, you simply cannot afford to miss the legendary Bolshoi Theatre. A fitting idea to spend an indulgent evening is to immerse in the vivid beauty of the Tchaikovsky’s Nutcracker, a legendary masterpiece of Russian Ballet. It’s one of the great reasons why you should visit Moscow and take a slice of its cultural exuberance. 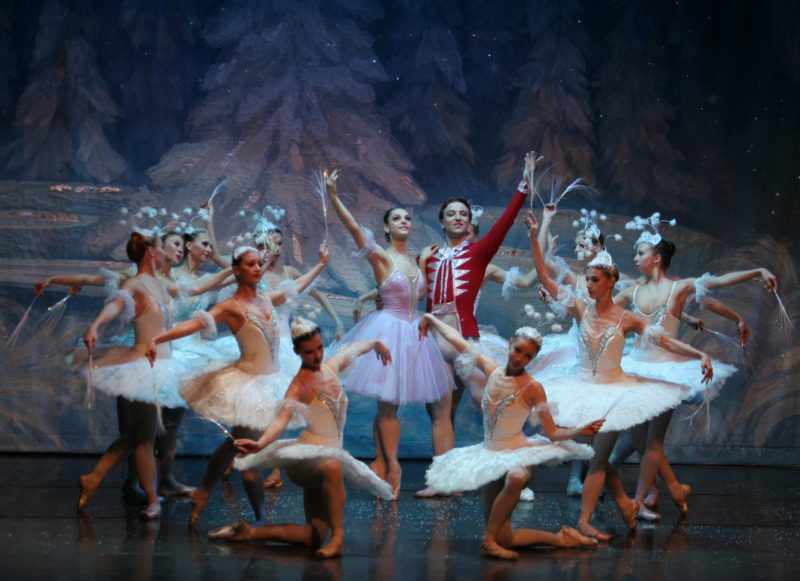 Bright Hues Under One Roof: Shop These 10 Summer Outfits

What’s Happening In November: 9 Events In Delhi NCR That You Don’t Wanna Miss

Aunty Eve Talks: How To Convince Your Parents To Let You Go On A Trip With Friends

Bright Hues Under One Roof: Shop These 10 Summer Outfits