Several restaurants across the world, and in India, offer Parmesan cheese as a delectable topping on Italian dishes. But did you know that the cheese you love sprinkling on your pastas and salads is probably fake? 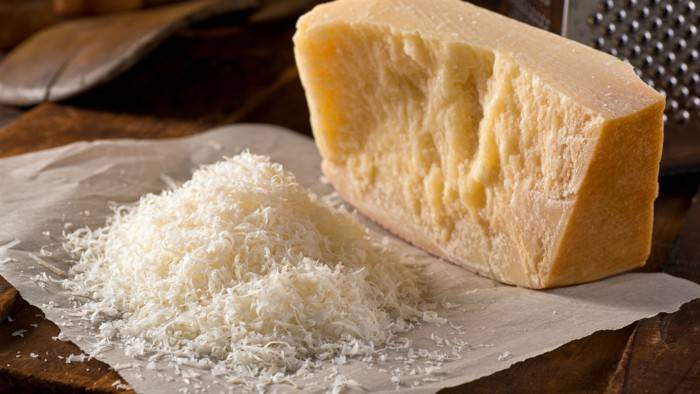 Actual Parmesan cheese is made only in Italy

Parmagiano-Reggiano needs three particular kinds of good bacteria in it, which are native to this small Italian region. That is why real Parmesan cheese is quite expensive and rare.

The process of making Parmesan cheese is quite long, tedious, and requires immense skill. According to the video below, a single wheel of Parmesan takes at least one year to mature. That’s why a pound of real Parmesan cheese costs over USD 11, which is about INR 800. It doesn’t sound like a lot, but have you ever paid that much just for extra cheese?

Watch this video for a fascinating, never-seen-before insight into the history and creation of the “King of Cheeses.”

You can figure out the difference between real Parmesan and the fake stuff by observing the texture. Cheese.com says, “True Parmesan cheese has a hard, gritty texture and is fruity and nutty in taste. Cheeses mocking Parmesan or inferior Parmesan may have a bitter taste.”

According to Serious Eats, Europeans courts ruled, in 2008, that only Parmagiano Reggiano could be called Parmesan cheese. In Europe, no cheese manufacturers can call their products Parmesan if it hasn’t been produced in this region. Unfortunately, this ruling did not apply to American brands, which still sell fakes as Parmesan.

In fact, the fake Parmesan cheese industry has gone as far as including wood pulp in the cheese. According to The Washington Post, even the cheese which is advertised as 100 percent Parmesan is likely to have impurities. Apart from wood pulp, manufacturers also mix in cheaper varieties of cheese like mozzarella, Swiss, and cheddar.

So the next time you order extra cheese with something or ask for more shavings of Parmesan on your Caesar salad, ask where it’s from first. Chances are, it’s not Parmagiano Reggiano.

Saluting A Hero: This Man Lost His Wife And Kids In The 26/11 Attacks, But Continued Saving Others

Escape To The Mountains: Try The Enchanting Dayara Bugyal Trek For The Experience Of A Lifetime

Quick, Easy, And Delicious: 8 Dessert Recipes That Need Only 5 Ingredients Or Less

Escape To The Mountains: Try The Enchanting Dayara Bugyal Trek For The Experience Of A Lifetime