From the moment a woman sets foot in the workforce, she faces tough challenges and obstacles. Whether it’s snide remarks on how she got to the top or social constructs which force her to go slow, women with careers have never had it easy. We spoke to author, development advisor and part of the Delhi Chief Minister’s Urban Leaders programme, Dr Jaskiran Bedi, on the role of women in development, the obstacles that they still face, and advice for budding economists in India. She also told us about the link between the English language and economic growth, also highlighted in her book titled, English Language In India – A Dichotomy Between Economic Growth And Inclusive Growth. 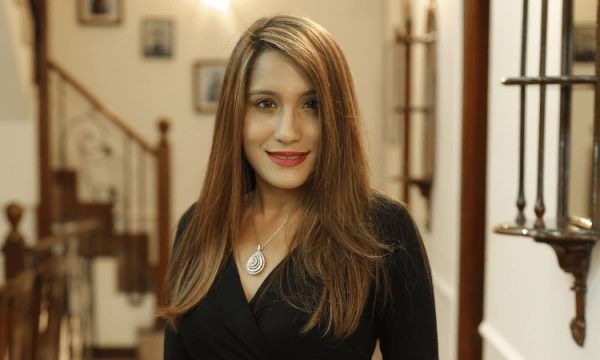 Here is what she had to say.

All About Eve: In your experience, how difficult or easy is it for women across the world to make it to the top in the field of economics and development? How does India compare to the rest of the world in this regard?

Jaskiran Bedi: I’m glad you started with this question, because economists profusely concentrate on the role of women in economic activities, and yet, we rarely speak about the gender imbalance in the field of economics itself. We seldom discuss women’s participation in this field – let alone reaching the top. I read an article in the The Economist that highlighted that academic economists are predominantly male, and overwhelmingly so. Only about about 20% of Europe’s senior economists are women. Only 15% of full professors in America are women. There is notable difference between women and men who say that they have personally experienced discrimination or unfair treatment when it comes to promotion and compensation decisions.

The situation in India is, as expected, worse. I say this because economics is an academic field, which pillars on education and research. Take away basic education, and you essentially take away someone’s opportunity to become an economist. Due to poor public provisions and unscientific socio-cultural beliefs, many girls are not given the option to realise their potential in the field. Even for those who are fortunate to get the required education, the disadvantage in reaching the top in our country is evident. While Indian-origin women economists are breaking the glass ceiling on the global platform (with Gita Gopinath becoming the IMF Chief Economist and Anshula Kant becoming the World Bank CFO and MD), our country is yet to see a female RBI governor or Chief Economic Advisor.

AAE: As a woman, have you faced any obstacles or had any experiences that have made you aware of a gender divide, however small?

JB: Oh yes, and this is despite the privilege that I am privy to since my academic training and PhD was from the University of Cambridge. As you know, I chose to focus on development economics, and have worked in development advisory for various public and private organisations and clients. In this domain, the gender divide became apparent to me in two ways.

First, regardless of my qualification and the fact that I am hired to advise, I face instances of what is now popularly termed as “mansplaining”. Patronising interruptions are quite common, and so are oblivious dismissals of the relevant discussions. To play devil’s advocate though, this behaviour may well be a result of age-ism as opposed to sexism.

Second (and most important), there are additional barriers to getting work done for women vis-a-vis men, pertaining to physical security and autonomy. Field work in remote areas for instance – while my male counterparts can pick up their bags and submerge themselves in the field, I make arrangements for safety. Expenses and time axiomatically get affected, owing to hiring of research assistants for company, safer modes of transport, working during limited day-light hours of the day, among other things.

AAE: What made you think of linking the English language and inclusive growth? What’s the idea behind it all?

JB: My mother and maternal side of the family are from a district named Almora in Uttarakhand. Their native language is Pahadi and the medium of education in their schools was Hindi. Owing to this, they were (and are) not fluent in the English language. While growing up, I would listen to them talk about the relevance of the language. There would be discussions about the impact that English can have in a person’s life – psychological, social and economic. I realised that the former two had been deconstructed with many articles, books and movies on the subject. However, no scholar or policy maker was talking about the latter, which was surprising. To a common Indian person, the importance of English in securing a job was common wisdom. Yet, the existing economic literature had failed to address it.

Around the same time, India prospered from its rapid economic growth. I would hear daily how India is an emerging economy on its way to becoming an economic superpower. And this would surprise me – because how are we growing if most of us are under the poverty line? If we are growing, why are certain people not getting access to the benefits of the said growth? National focus was being put on ‘employable’ skill development through vocational training, but to me (owing to the discussion I was privy to), the English language seemed to be the problem as well as the answer. We were barring non-English speaking people from accessing the benefits, and improving our education systems to make the language more inclusive seemed like the best possible solution.

With this seed idea, I began my research with great support from the Centre of Development Studies, University of Cambridge. The aim was to conceptualise and empirically prove the degree of impact the language has on one’s wage, employability and probability of getting out of the deprived income strata, so that relevant skill development measures and improvement in educational institutions can be made by policy-makers. 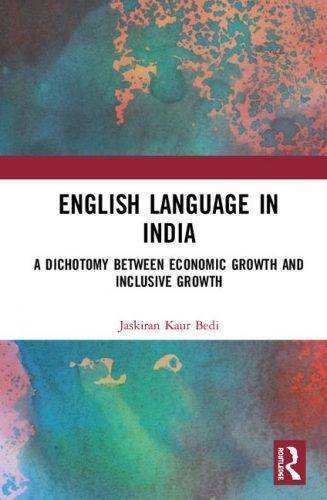 AAE: How do women fit into this picture of growth, especially for India? Do you see an increasing role/decreasing gender gap across industries for women?

JB: Women fit into the picture as much as men do. How can we talk about inclusivity by excluding women? As per a McKinsey report, achieving gender equality in India would have a larger economic impact here than in any other region in the world as our women have the potential to add $700 billion to the GDP by 2025. Unfortunately, India is currently not tapping into that potential and comprehensive change is ergo required.

Indian women still face high inequality at the workplace. India’s female labour-force participation rate is just 21% in urban areas and 36% in rural areas compared with 76% and 81% respectively for men. Only 7% of tertiary-educated women have jobs as senior officials compared with 14% of men. Similarly, women account for only 38% of all professional technical jobs. Irrespective of the professional level, women on average get paid 30% less than their male counterparts.

There is an inevitable need for an increased role and decreased gender gap. While we have made some strides in the right direction over the years, we must now focus on prioritising and working vehemently to fulfil this need.

AAE: Finally, what advice would you give to young women in development and economics who have just started their careers?

1) The system will want you to be a behaviourist. Be a constructivist instead. Read, and question that knowledge.

2) People will try to stereotype and bracket you by expecting you to constantly look and act the part. Ignore that because only the deliverables matter.

3) If you are particularly inclined to work in development, there will be moments when you feel like you are not making impact at the scale that you wanted to. In those moments, take a break. Nap, indulge in non-academic reading, binge-watch a show – whatever works for you.

Dr Jaskiran Bedi is an author and development advisor. She is one of 26 people from across India hired by the Government of Delhi as the Chief Minister’s Urban Leaders Fellow. At at the age of 23, she founded an ed-tech company named Bookatutor. She has a PhD in Development Studies from the University of Cambridge and has previously worked with several public and private sector agencies including Ernst & Young, the Department for International Development (Government of UK), Oxfam and the International Labour Organisation. Her areas of expertise include development (with focus on education and labour economics) and political economy of institutions.

Watch out for more such insightful and interesting conversations as we kick off #EveOfTheMoment, a movement to highlight the achievements of inspiring women in the workforce.

India Couture Week 2019: Amit Aggarwal's Couture Collection Is A Must-See For All Brides And Grooms

Choosing Humanities In School? Here Are 6 Career Opportunities Waiting For You

Work From Home Burnout Is Real: Treat It For A Healthier Lifestyle

India Couture Week 2019: Amit Aggarwal's Couture Collection Is A Must-See For All Brides And Grooms

Hum Saath Saath Hain: How To Identify Red Flags In A Joint Family, Courtesy Of The Chaturvedis

7 Home Remedies For Dark Underarms That Are Natural And Effective

What Is Gaslighting? The Signs And Tactics To Recognise This Form Of Abuse