Women In Power: Anshula Kant, The First Woman To Be Chief Financial Officer Of The World Bank

The phrase “breaking the glass ceiling” is more commonly heard now than ever before. However, it’s not every day that we see this phrase becoming reality. There are so many women in the world who deserve more praise than they will ever get for working tirelessly to make their way up the ladder. Today, we’re celebrating one such woman in India. Meet Anshula Kant, the first woman to become the Chief Financial Officer of the World Bank.

A bank of experience

Currently the Managing Director of State Bank of India, Anshula Kant has over 35 years of experience in finance and banking. In her new role, she will be handling the financial and risk management of the World Bank Group and will report directly to the President, David Malpass.

Announcing her appointment, Malpass said, “I am very pleased to appoint Anshula Kant as World Bank Group Managing Director and CFO… I look forward to welcoming her to our management team, as we work to increase our effectiveness in supporting good development outcomes”.

One of the major achievements in her career with SBI was that Ms Kant earned the chance to set up SBI’s operations in Singapore. She got the opportunity to manage an established entity as a start-up and build it as her own business.

“I would be hiring people, managing the technical teams, setting up ATMs, new branches; it was almost like an independent bank there,” Ms Kant says of her experience in Singapore. 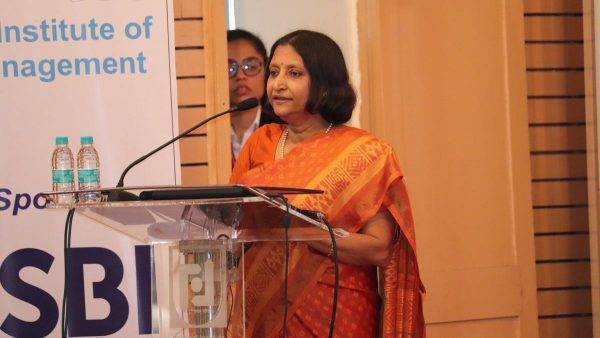 Born in 1960, Anshula Kant studied in Lady Shri Ram College, New Delhi and Delhi School of Economics. She joined SBI in 1983 as a Probationary Officer and steadily moved up the ranks. Ms Kant was first posted to the SBI branch within the Roorkee college campus. After she got married, she moved with her husband to Varanasi. And that proved to be a major stepping stone in her career.

“I was a free bird at work,” Ms Kant says. “My in-laws supported me so much that I never had to worry about my two children. They literally grew up with them”. Along with family support, she also credits SBI’s residential colonies which made it easier for her to focus on her career while being a mother to two children.

Anshula Kant’s career trajectory just goes to show what women are capable of if they have supportive families and workplaces. While Ms Kant’s family set-up sounds too good to be true, it’s not impossible. All we need is for people to believe in the women in their families and let them follow their dreams.

Ladies, Elie Saab's Fall Winter 2019 Collection Will Make You Look Like The Fierce Queen You Are

India Couture Week 2019 Is Almost Here: Everything You Need To Know

#AAESurvey: How Do Women In Urban India Save And Invest?

7 Microsoft Teams Features That You Didn’t Know You Needed

‘Your Network Is Your Net Worth’: Fund Manager Surabhi Chauhan On Women In Finance

India Couture Week 2019 Is Almost Here: Everything You Need To Know