Most of us have often looked at our mother’s saree collection in awe. The different weaves, designs, artwork, and patterns have always seemed like they try to tell a story. A major part of the preparation for an Indian bride is to pack an authentic collection of traditional bridal sarees for her trousseau. While many of us may have heard the different names of traditional and regional sarees, not many of us actually know the history behind their existence. It’s time we change that and educate ourselves about our traditional wear.

Here are 10 traditional bridal sarees that most desi brides include in their wedding trousseau. 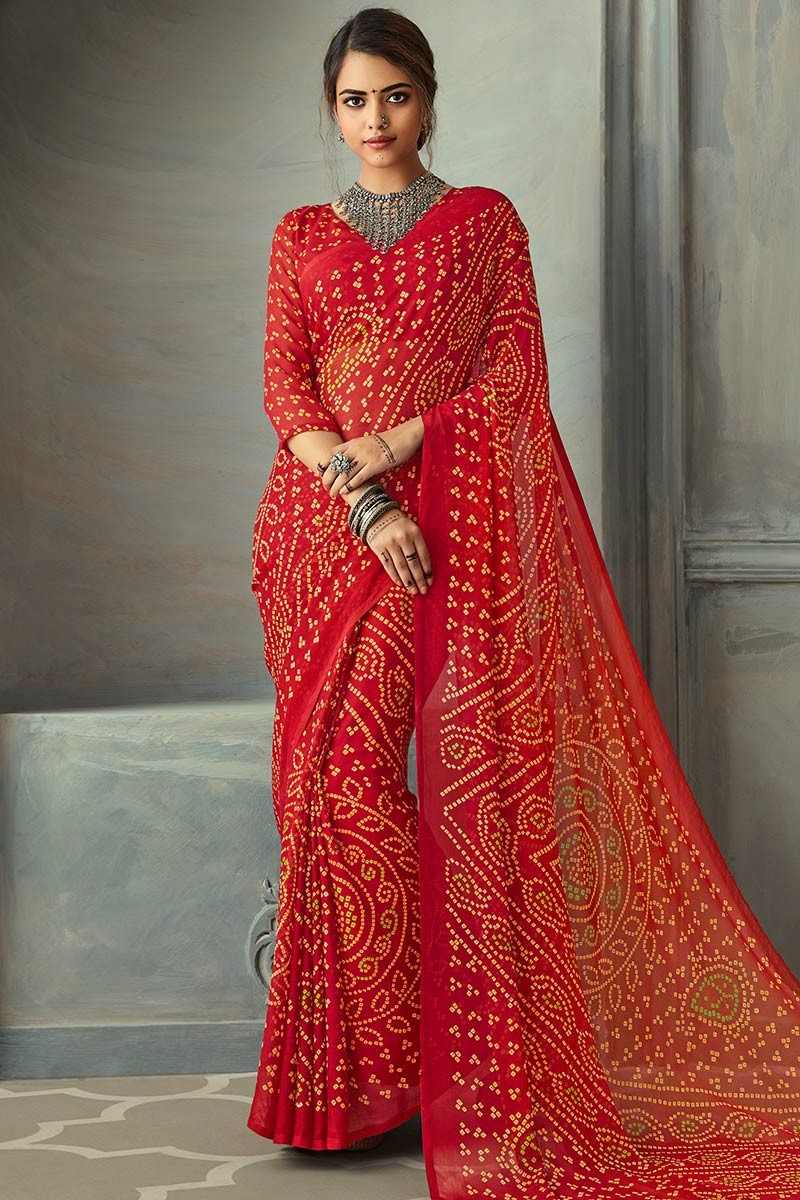 Bandhej, also known as Bandhani, is one of the oldest forms of tie and dye art in India. Its history can be traced back to around 5,000 years ago at the time of emperor Harshavardhana’s reign between 606 and 647 CE. It is one of the most popular saree designs in Rajasthan and Gujarat and is a must for a bridal trousseau.

When it comes to traditional sarees in India, one of the most sought-after styles is Banarasi silk. A speciality of Banaras (now Varanasi), Banarasi silk sarees always stand out because of their iconic zari thread work. The wide range of Banarasi designs includes jangla, tanchoi, vaskat, cutwork, tissue, and butidar.

Related: 12 Ways To Give New Life To An Old Banarasi Saree Kanjeevaram sarees are also known as Kanchipuram sarees due to the legend of the Kanchi silk weavers who settled in the small town of Kanchipuram 400 years ago. In the present day, the Kanjeevaram silks have become an important part of customs in most southern states.

Related: Shop For A Wedding Trousseau Online: 15 Items And Brands To Consider

A traditional Bengali design, Kantha originated from the way in which Bengali housewives used strands of thread from the borders of their sarees to mend clothes with simple running stitch designs. Over the years, this household ‘hobby’ gained commercial popularity and came to be known as one of the most exquisite traditional bridal sarees in India. 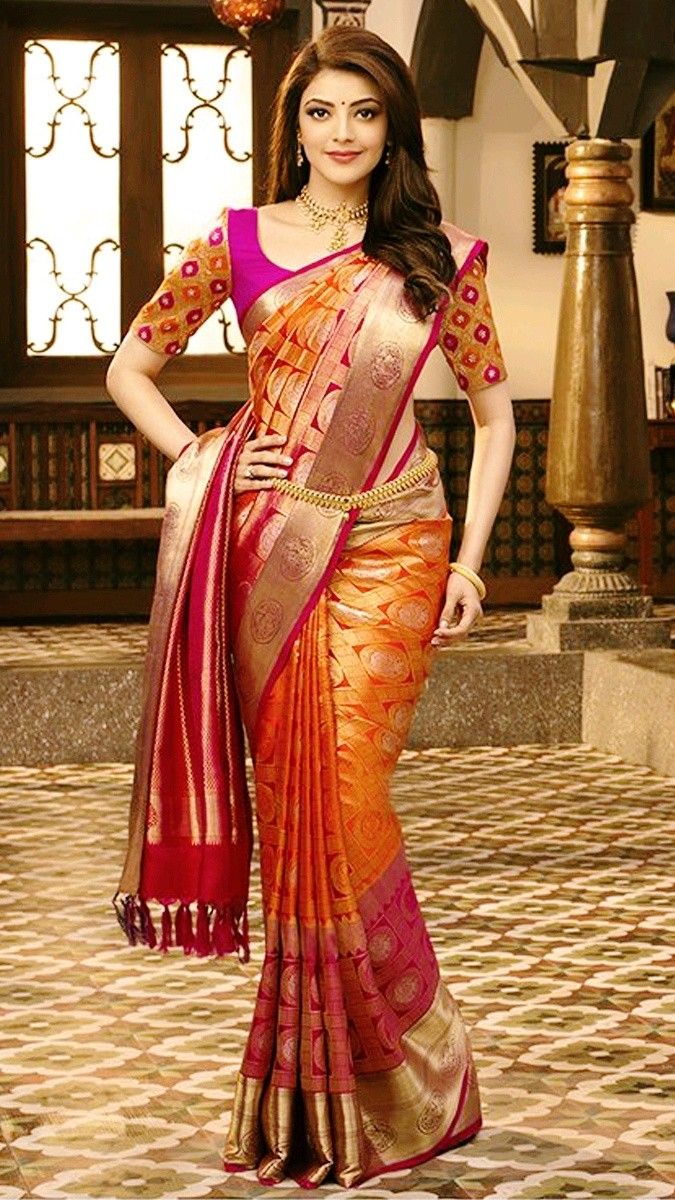 Although the growth of Mysore silk sarees can be traced back to the reign of Tipu Sultan in 1785 AD, it was the Maharaja of Mysore, who, in 1912, set up the first Mysore silk weaving factory. The speciality of this saree is that the raw materials are all derived from a single cocoon. You would have probably come across several salesmen recommending Chanderi silk sarees to you. But did you know that Chanderi is actually the name of a small town in Madhya Pradesh? Famous for its intricate weaves, the silk and cotton threadwork emerging from this town came to be known as Chanderi. Its existence can be traced back to the 11th century. 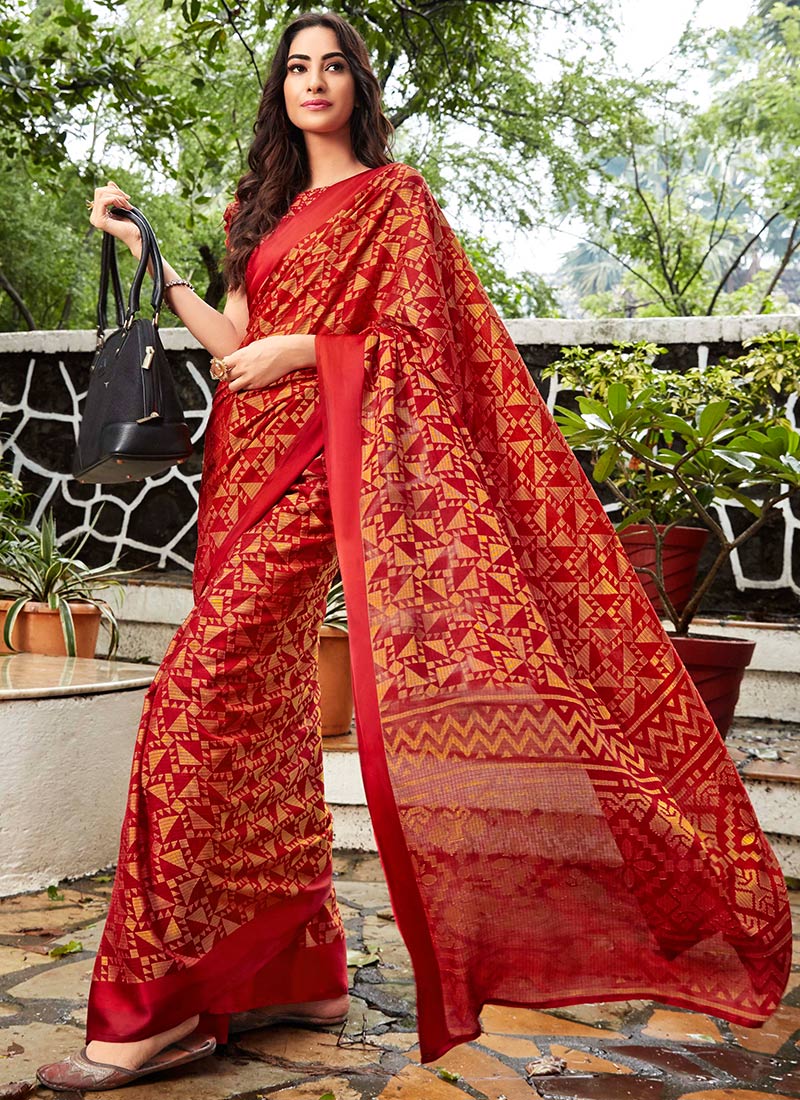 A unique blend of silk and cotton, the Kota Doria, also known as Kota Dori, derives its name from the city of Kota in Rajasthan. It is believed that the weave originated in Mysore but the weavers, known as Masurias, were brought to Kota in the 17th century. What distinguishes the Kota Doria from other sarees is the checkered design also known as ‘khat‘. 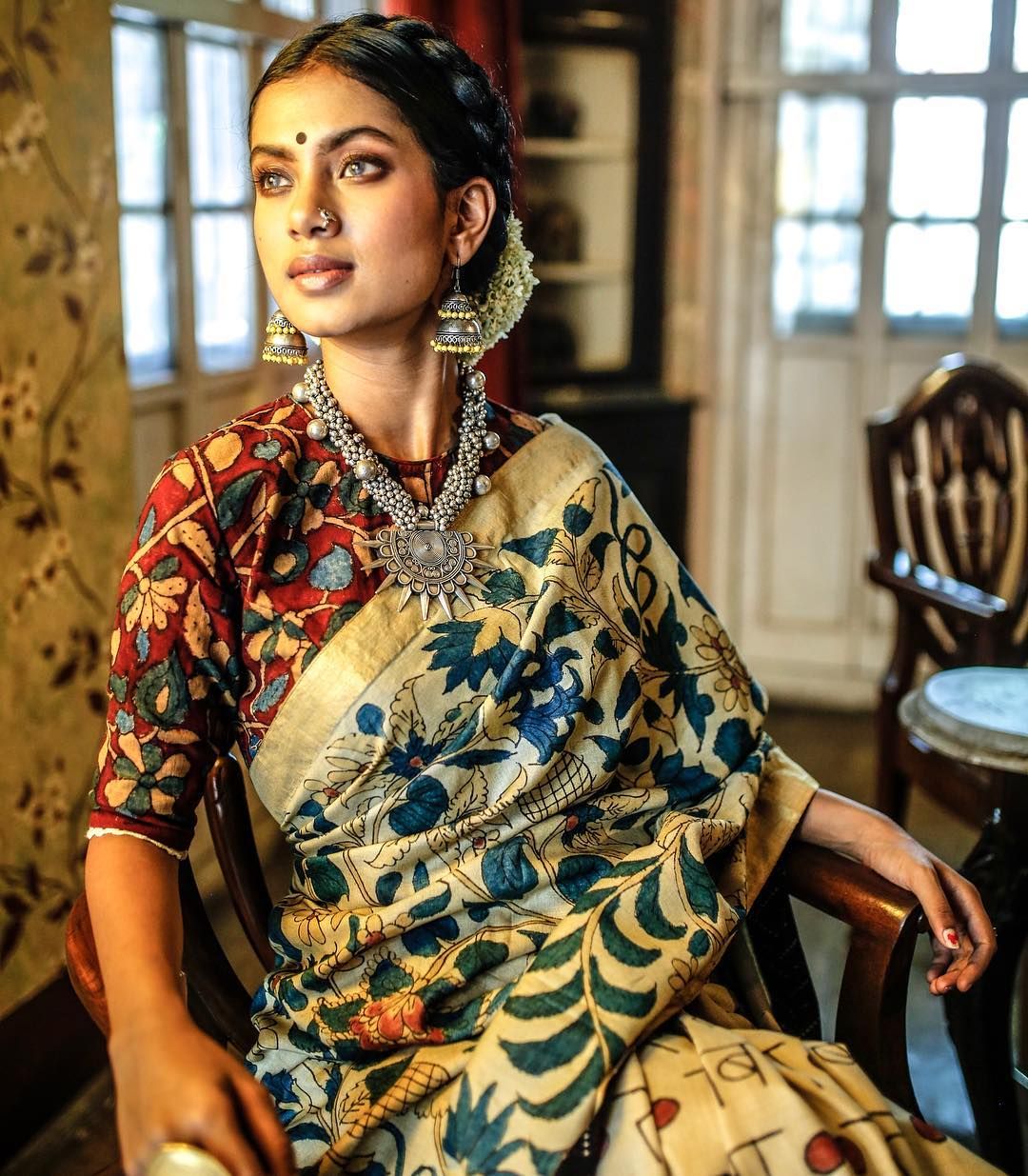 As the name suggests, Kalamkari is an ancient craft of hand painting on a cloth done by a tamarind pen. The intricate designs are achieved through 23 detailed steps that involve countless hours of manual labour. It is believed that Kalamkari gained popularity as a clothing design during the British rule in India.

Related: Unique Saree Blouse Designs That Will Amp Up Your Wedding Season Look

Leheriya is a relatively new concept in India as it was found in the 19th century in Rajasthan as another version of tie and dye. The pattern forms ‘leher‘ or waves on the cloth that gives the design its name. The Patola weave originated from the Patan town of Gujarat around the 12th century. Each design of a saree involves up to a year of manual work of at least two weavers together. It is an essential part of a Gujarati bride’s trousseau.

Celeb Pregnancy Looks From 2020 Which Gave Us Major Style Inspiration

Bollywood Fashion 101: How To Look Like A Pataka At Your BFF’s Wedding In Dilli Ki Sardi

Iconic Bollywood Wedding Songs Perfect For A Couple Dance, Based On Your Zodiac