Vidya Balan plays Vidya Vincent, a forest officer trying to navigate the lethargy and corruption of Indian bureaucracy. Her boss, Bansal (Brijendra Kala), is the typical sarkaari afsar who is interested in everything besides work. Besides protecting the wildlife, Vidya also has to pacify local villagers who are tormented by a suspected man-eating tiger.

Teaming up with professor Hassan Noorani, played by Vijay Raaz, she takes on the arduous task of tackling bosses who want the easy way out and a bloodthirsty hunter, Pintu Bhaiya (Sharat Saxena), who wants to add to his tally of dead tigers. Amid local elections, reckless promises by politicians, rampant sexism, impoverished villagers, and a climbing death count, it gets harder and harder for Vincent to do her job. 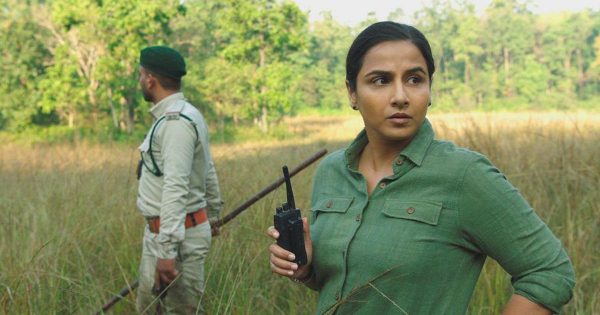 The film starts slow but picks up steadily, and the story keeps you engaged. If it wasn’t for the political drama, Sherni would’ve felt like a dramatised documentary on tigers and the human-animal balance around India’s jungles, which is not a bad thing but it’s not the genre that holds the attention of an audience for too long. As the film progresses, however, it strikes the right balance between addressing the main issue of conservation and the drama to keep the viewer hooked.

If you’re looking for a mindless entertainer with jump scares, this film is not it. But if you’re looking to watch something thought-provoking about India’s ground realities and the complexities of trying to do the right thing, Sherni is a good watch. 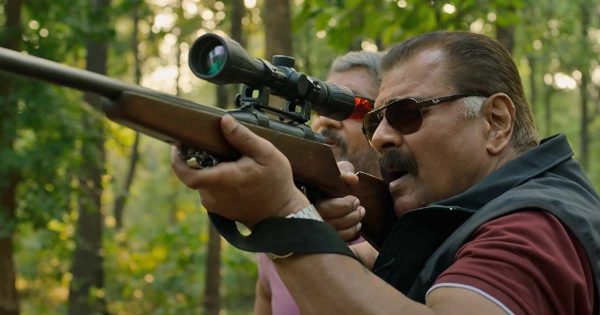 Vidya Balan is the perfect choice to play a character like Vidya Vincent. Strong, quiet, and resilient, Vidya Balan’s character shines in this tale of man-animal conflict. Vidya Vincent is also a relatable character for Indian women in the workforce, whether it’s while handling the casual sexism at home or having to prove that she knows what she’s doing every day at work.

Vijay Raaz’s Noorani complements the lead character well and shines in his own way. This is one film where the rest of the cast too does a stellar job. No one is over the top or given too little screen time.

Watch Sherni for a refreshing change from the regular Bollywood fare.

Beginner’s Guide To Cheese: All You Need To Know Before Making Your Choice