Ripu Daman x All About Eve: How Fitness And Swachh Bharat Come Together Through Plogging

How many times have you thrown an empty pack of wafers on the road? The fact that your answer isn’t “zero” is where the problem begins. Littering and apathy are two things that go hand in hand in our country. The biggest irony about littering in our country is that it’s wrong if you’re doing it on clean roads (walk through Central Delhi roads if you want proof) but not when you throw something on an already existing pile of trash (hello, Ghazipur). Trash piles in India are like Oprah Winfrey’s fans – they never stop growing. And there are lakhs of such piles sitting in our country waiting to be cleaned but left unnoticed because that’s the norm.

Recently, we spoke to Ripu Daman, FIT India Ambassador and Plogging Ambassador of India, on this issue of littering and what the average citizen, like you and me, can do about it. Ripu is one of those people who don’t look away from the problem of littering and growing trash piles in India. 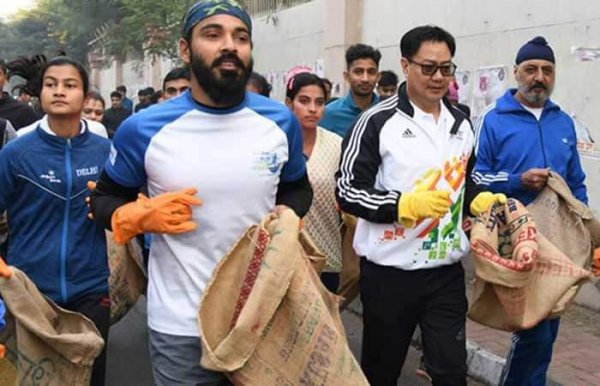 Ripu Daman has been actively working to reduce trash on the streets through plogging, which means collecting garbage while jogging. We spoke to him about this interesting concept and much more. Read on:

AAE: What is plogging?

Ripu Daman: Plogging is a fancy term for cleaning up. When I started out two years back, if I would have asked people to join in a clean-up, most people would have backed out because the litter on the road is supposedly not theirs or my responsibility. So, we were looking to make cleaning up other people’s litter the coolest thing to do in India. That’s when we came across this term “plogging”, because we were a group of runners, running and cleaning up. We just adopted the term “plogging”, which is a Swedish term which glamorises cleaning up.

AAE: Tell us about your journey, what inspired you to take this on?

Ripu Daman: It started for us in 2017. We were a group of runners and I was running and training for marathons, generally in the mornings. So, we were running and there were lesser people and low traffic. What I observed was litter, trash, and plastic, and I wanted to do something about it. But like I said, I wanted to make it the coolest thing to do and that’s how it started. I used to observe people seeing the same things and either completely ignoring it or blaming it on the authorities. I wanted to change all of it, and kuchh cool karte hain, kuchh interesting karte hain was my thought, and why not make a national movement out of it.

AAE: How are plogging and climate change related?

Ripu Daman: Plogging is a great way to engage people, but over time, we’ve also made this a holistic workout. I call it the trash workout. We’re not just improving your physical, mental, and emotional well being, but it also challenges the society’s perception that the litter on the road is not my responsibility or your responsibility, because it definitely is. So, I believe when you bend down to pick up somebody else’s litter, you will not litter again, and that’s where your sustainable living, eco-friendly journey starts. Now that’s what we need to appreciate — the nature around us and the kind of impact we’re creating which is leading to climate change. It is literally that foundational block that we’re creating for the country and the world by getting people to join us, bend down, and pick up somebody else’s litter. 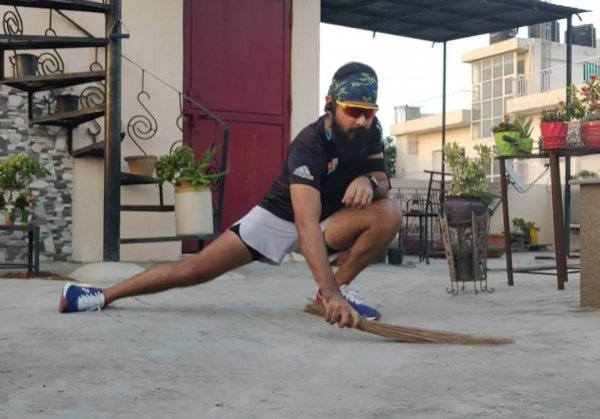 AAE: How can the general public get involved and help?

Ripu Daman: Well, our mission is all about public participation. It was always to work on the ground with people across the country – states, Union Territories, districts – and that’s what we’ve been trying to do. So, if anyone wants to join us, you can follow us on my handle @plogmanofindia on Instagram and Twitter or @ploggersofindia on Facebook. Just message us, and we will connect you to like-minded people within your territory or region. Or you can start on your own, if you’re one of those who would want to make a real change within your community or anywhere. Just message me on my handles and let’s see what we can work on together.

For the rest of this fascinating interaction, watch the video below:

All About Eve speaks to Ripu Daman, @plogmanofindia , as he explains how he combined his love for fitness with action towards environmental change. Music: Ben Sound

Related: Easy Home Workouts Which Are Quick And Free

Review: Spaceships, Life After Death, And Rakshasas Make Cargo Worth A Watch

The dilemma of my life is that I've never been able to decide what I love more -- chai with pakoras on a rainy day or coffee with cheesecake on a winter morning. When I'm not caught up in my dilemma, I'm trying to survive life as a 20-something woman.