Masaba Masaba, designer Masaba Gupta’s acting debut, is loosely based on her life and the characters in it. Even though Masaba is now a big name in the design world and needs no introduction, the biggest selling point of this show is her mother, the legendary Neena Gupta. And Neenaji does not disappoint. We were looking forward to her the most but there were also a couple of surprises in store. The most pleasant of these was Sunita Rajwar as Padma, the opinionated woman who is pissed off by thandi chai and works in Neenaji‘s house. Her subtle but impactful presence made the show a bit more interesting. 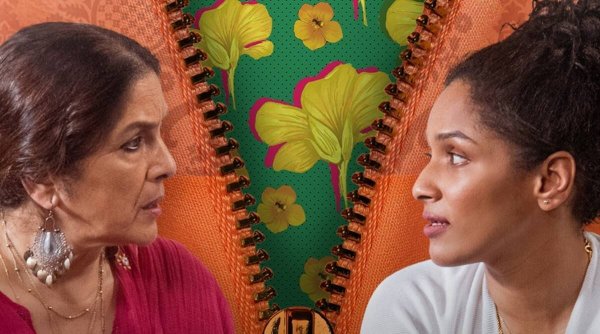 The show starts with one of the more recent controversies in Masaba’s life — her divorce. Masaba Gupta has always maintained that there was no infidelity involved, and the show drives that point home. But while Masaba Masaba starts on a promising note, it tends to veer off into unnecessary drama quite often. Rytasha Rathore, as Masaba’s best friend Gia, is delightful to watch. Her OTT character made me giggle. And even though she’s shown as the willing sidekick early in the show, which looked like a waste of such immense talent, the shot of realism that comes into this character later was refreshing. We also loved Rytasha’s casual style and badass vibes in the show.

However, if we are talking about style, one cannot ignore the absolute firecracker that is little Masaba in the show. She is SO CUTE strutting around in all that high fashion! 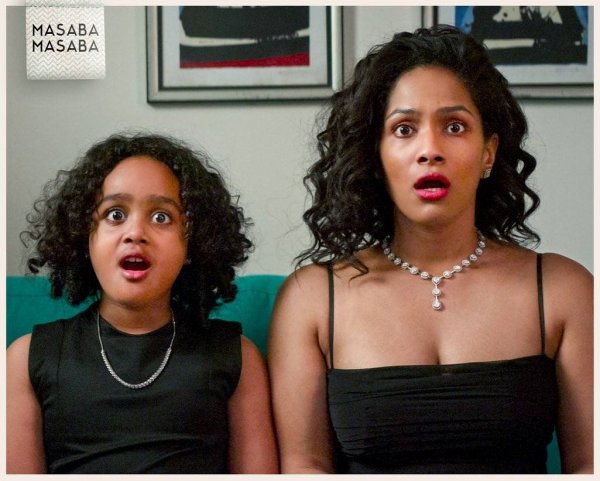 Funny in parts, overdone in others

The appeal of this show also comes from the satirical presentation of the fashion, art and cinema world. Pooja Bedi is fun to watch as a star wife turned life coach, and the “influencer types” are portrayed exactly how we, the janta, view them. Overly bitchy and zero loyalties.

What is fun and relatable to watch is the volatile but strong mother-daughter bond in a millennial setting. A lot of it will make you think Neenaji took notes from your mom for the role!

We enjoyed watching the sequence of events that led to Neena Gupta’s epic comeback to cinema. Her public appeal for work, the struggle with balancing her work and handling a long distance marriage, and having a daughter with her own problems is summarised rather well in the six episodes of the first season. Yes, we say first season, because the way the show ends, one would think a second season is already in the works.

There are several instances in the show which are highly appealing for a millennial audience. After all, haven’t we all sent a controversial screenshot or picture to the completely wrong person? That scene will make you panic even if your faux pas happened a decade ago.

Masaba Masaba drags a bit towards the end, and the show would’ve been boring if it wasn’t for Neenaji and the funny moments here and there. But it wasn’t a bad debut for Masaba Gupta, the actor. Worth a watch for the light, casual entertainment.

PS: Why is everyone smoking joints in the new shows these days? Is this also for the urban millennial audience which, apparently, is always stoned? Or is it just a subtle flex to show who has the good maal?

You can watch Masaba Masaba on Netflix.

Beyond Weight Loss: 8 Benefits Of Apple Cider Vinegar For Your Skin And Hair