Celebrating The Most Iconic LGBTQIA+ Characters Of 21st Century Television

The 21st century has seen an immense improvement in the representation of the LGBTQIA+ community on television and streaming platforms. While completely unbiased and problem-free inclusivity is yet to be achieved in the media space, the last decade has certainly taken a few strides forward. From being cast as the stereotypical sidekicks to having fully fleshed out explorative plotlines, token representation of the queer community is gradually taking a backseat. And in this process, we’ve been introduced to our favourite on-screen queer characters. Here are some of the most iconic LGBTQIA+ characters from the 2000s. 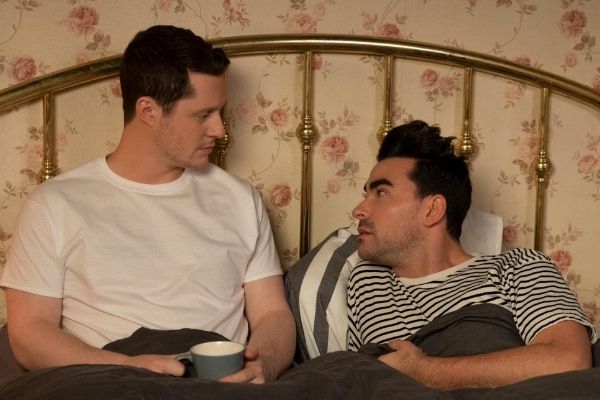 We just HAD TO start with this iconic duo. From rooting for them to get together to finally witnessing their fairy tale wedding, we felt all the feels for this adorable couple. Schitt’s Creek is undoubtedly one of the best shows to have graced our screens. Apart from being the perfect comfort-comedy to watch after a stressful day, this show has done an excellent job with its normalised representation of the queer community. 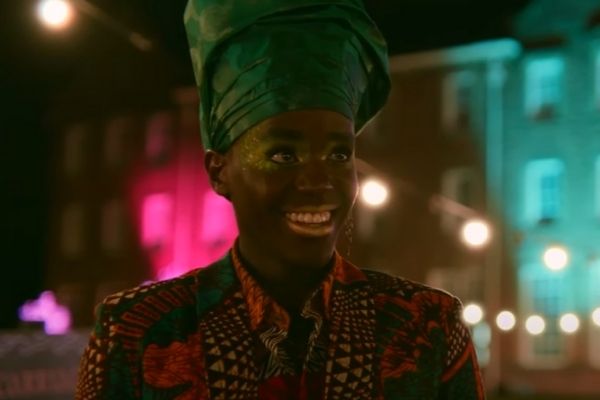 Eric is the most beloved character from Sex Education. Though originally introduced to us as the protagonist’s bestie, the sensitive yet charismatic Eric is far from being boxed away as the stereotypical “gay best friend”. In addition to his sexuality, his character explores various facets of his socio-cultural and familial identity as well. And Eric is not the only one, Sex Education addresses the sexual identities of people across the LGBTQIA+ spectrum. It specifically focuses on teenage explorations of sexuality in today’s day and age and does so quite brilliantly. 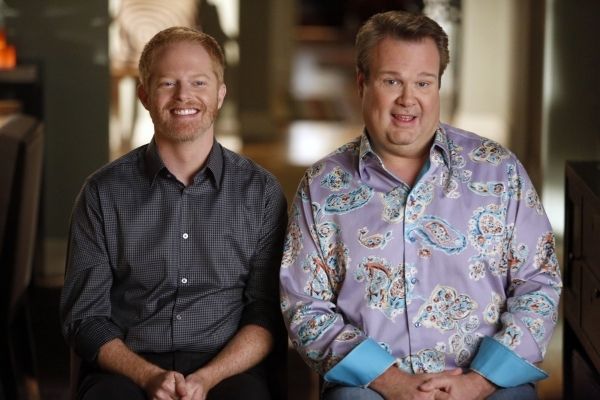 Ah, we will forever ship the adorable Mitch and Cam. Their constant banter gave us some wonderful laughs, and their love for each other is nothing short of #couplegoals. While Modern Family has its problematic moments, one cannot deny the role that it has played in normalising queer representation on-screen. 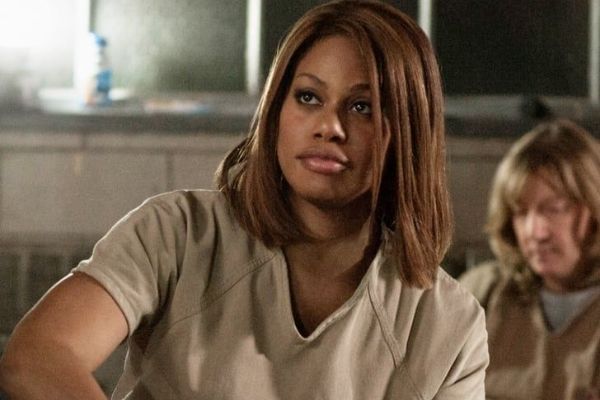 Laverne Cox’s portrayal of trans inmate Sophia Bursett in Orange Is The New Black earned her an Emmy nomination. And rightly so. Sophia’s character did away with numerous stereotypes surrounding the trans community. Her struggles with her transition and discriminatory treatment within and outside the American prison system were adequately presented. Through Sophia, the show highlighted the systematic challenges that trans women continue to face every day. In addition to Sophia, OITNB gave us quite a few iconic LGBTQIA+ characters, including the protagonist Piper herself.

Related: Bhima Jewellers’ Latest Ad Touches Hearts As It Follows The Journey Of A Transwoman

5. Connor Walsh and Oliver Hampton (How To Get Away With Murder) 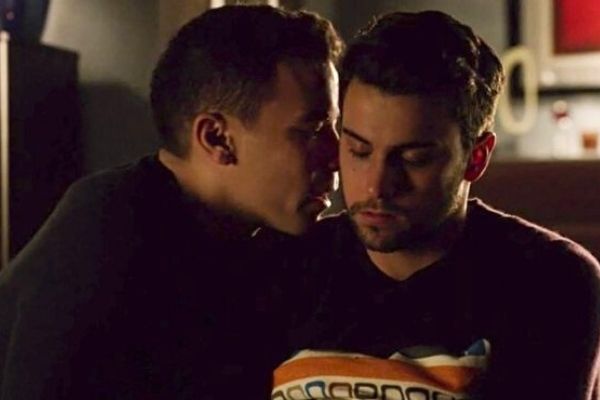 Amidst the tension-driven plot of this legal crime-thriller, the romance between the headstrong Connor and lovable Oliver wins us over each time. This unlikely duo’s love for each other had us rooting for them in spite of their gruesome crimes. HTGAWM also presented queer sexualities through other subplots, wherein some instances addressed the concerns around race, sexuality, and class struggles collectively. 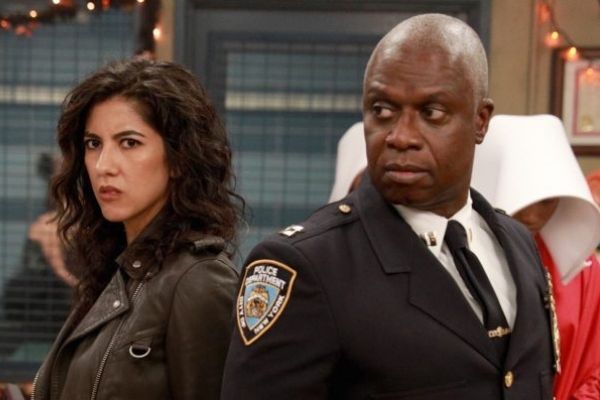 Brooklyn Nine-Nine features two iconic LGBTQIA+ characters, Rosa Diaz and Captain Raymond Holt. While Rosa is a bisexual Latina woman, Captain Holt is a black gay man, and neither of them subscribes to the stereotypical tropes of on-screen representation. Though the show addresses certain societal struggles pertaining to their sexualities, at no point does this override their personalities. In fact, Brooklyn Nine-Nine is one of the most inclusive sitcoms of the 21st century. It boasts of a truly diverse cast that tackles a myriad of societal issues in the most sensitive manner. 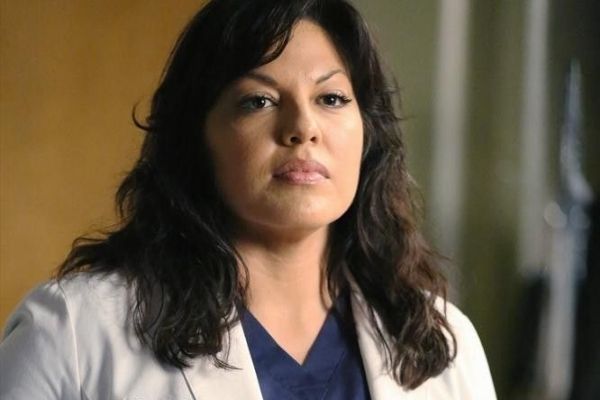 Though our beloved medical drama series has featured many LGBTQIA+ characters and storylines, Callie is definitely a fan-favourite. We were with her through her journey of coming to terms with her sexuality and all her relationships ever since. In fact, as per Insider, so far, her character holds the record for the longest-running queer series regular in television history.

These LGBTQIA+ characters have played a significant role in terms of representation of the queer community within media and pop culture, but there’s still a long way to go. And this is specifically true of our country. Most of what mainstream Bollywood has to offer in the name of queer representation is highly stereotypical and problematic. In fact, the number of mainstream Bollywood films and Indian television series featuring queer leads is embarrassingly low. For the longest time, societal stigma ensured that queer characters were either portrayed in a negative light or used as scapegoats to elicit queerphobic laughs.

While there has been a shift in the cinematic landscape in the last few years, this trauma will remain in the collective memory of the queer community. Also, we must keep in mind that adequate representation isn’t the same as rightful representation. It’s time that the queer community was wholly accepted and included in the film and acting fraternity sans bias.

Want To Jazz Up Your Space? Here Are Some Living Room Decor Ideas To Try On A Budget

Dare To Date A Gemini? Here's All The Sauce On This Air Sign Before You Take The Leap

Apart from being a bookworm, a film and theatre aficionado, an adventure sports enthusiast, and an avid seeker of pop culture, I’d best describe myself as the personification of bubbling soda. The perfectionist in me is convinced that the perfect cup of cappuccino is a myth.

Dare To Date A Gemini? Here's All The Sauce On This Air Sign Before You Take The Leap