The biggest night in the music industry was a bittersweet one this year. Along with its regular triumphs and losses, the evening had a sombre air as details poured in of the accident that killed basketball legend Kobe Bryant and his daughter, Gianna Bryant. But, the show, as they say, must go on. Grammys 2020 saw tributes to Bryant and rapper Nipsey Hussle, who died in March 2019. Among others, Alicia Keys performed It’s So Hard To Say Goodbye To Yesterday with Boyz II Men.

Among all the artist nominations, Lizzo received eight, the highest, followed by Lil Nas X and Billie Eilish who had six nominations each. Eilish bagged five awards along with her brother Finneas. She was the first artist to win Record of the Year, Song of the Year, Album of the Year and Best New Artist of the Year all in the same year after Christopher Cross in 1981. 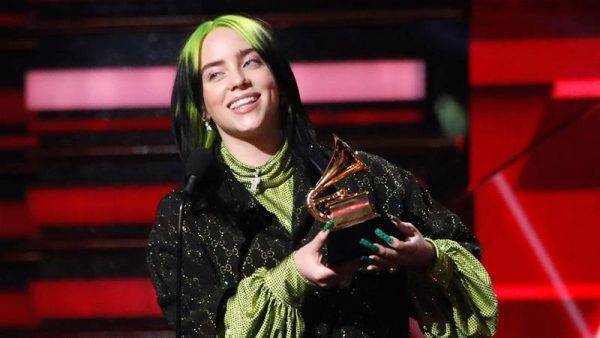 The biggest musical celebration of the year saw an amazing line-up of performances. These included Ariana Grande, Jonas Brothers, Lizzo, DJ Khaled, and many others. They performed their hit numbers including 7 Rings, What A Man Gotta Do, Truth Hurts and other chartbusters. Demi Lovato also took to the stage after a long time for an emotional performance. Watch the video below.

One of the most notable winners this year was former First Lady of the US, Michelle Obama. She won her first Grammy for Best Spoken Word Album of the Year. Others who made it big this year were:

Song of the Year: Bad Guy by Billie Eilish

Record of the Year: Bad Guy by Billie Eilish

Album of the Year: When We All Fall Asleep, Where Do We Go? by Billie Eilish

There were many other amazing tracks that made it to the Grammys. So, we picked the top tracks and made the only Grammys 2020 playlist you’ll need. Click here to listen.

Bohemian Prints, Lots Of Colour And Khadi: The Sabyasachi Summer 2020 Collection Is Here

Bohemian Prints, Lots Of Colour And Khadi: The Sabyasachi Summer 2020 Collection Is Here