October is definitely a busy month for those who binge-watch OTT content faster than a packet of lays! Today, we watched another one of Netflix’s latest releases — Ginny Weds Sunny. The film stars Yami Gautam and Vikrant Massey in lead roles as Ginny and Sunny respectively. As the title suggests, the film is about two people and a wedding. But is the film worth your time? Read this review to find out.

Delhi munda with a weird proposal from an aunty

Satnam Sethi or Sunny is a Delhi-based Punjabi munda looking for a bride. After multiple failed attempts at finding himself a match, Sunny decides to settle with an arranged marriage and meets Shobha aunty, a matchmaker, upon his father’s suggestion. Shobha aunty instantly falls in love with Sunny and comes up with an idea to set him up with her own out-of-control daughter Princess Simran Juneja, or Ginny. What follows next is a carefully planned strategy on ways to get Sunny to ‘accidentally’ bump into Ginny at public places and build on it for a relationship. 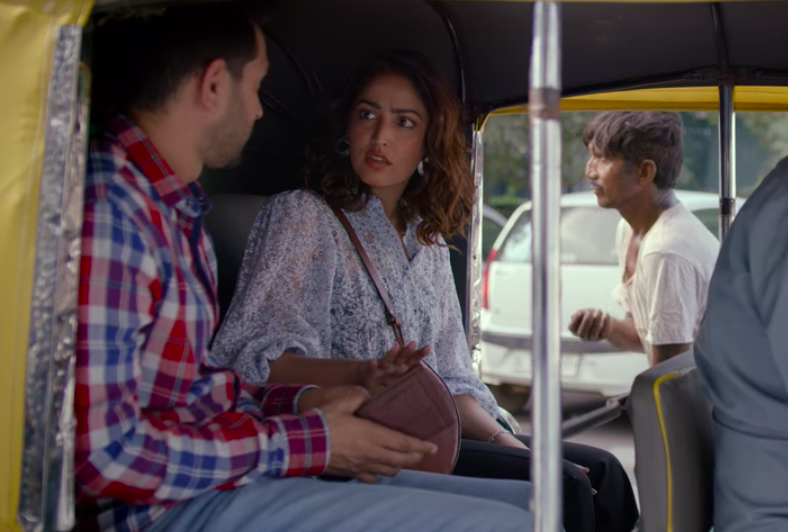 Ginny and Sunny are good, but Papaji be the best!

When one talks of performances, there’s really no doubt about how good Yami Gautam and Vikrant Massey are at their craft. They have time and again proven their mettle in the past with amazing performances. However, while Yami’s portrayal of a confused soul being led on by her ex-boyfriend and then leading Sunny on in the same way is great, Vikrant’s Sunny could have been better. His accent of a Delhi guy sort of comes and goes in places. My favourite character in the entire film ended up being Sunny’s ‘Papaji’ Pappi, played by Rajeev Gupta. He has an innocent yet funny Dad charm with some of the best dialogues.

The wedding scenes, as in most Bollywood films, are shown to be grand as if Delhi doesn’t have low or even medium-budget weddings. Ginny’s ex is a stereotypical Haryanvi guy whose parents have a pretty close-to-normal Delhi accent whereas the guy himself speaks in a heavy Haryanvi accent. He’s filthy rich, living off his dad’s money while claiming to be ‘making it on his own’. Dear Bollywood, when will we stop caging characters in regional stereotypes? 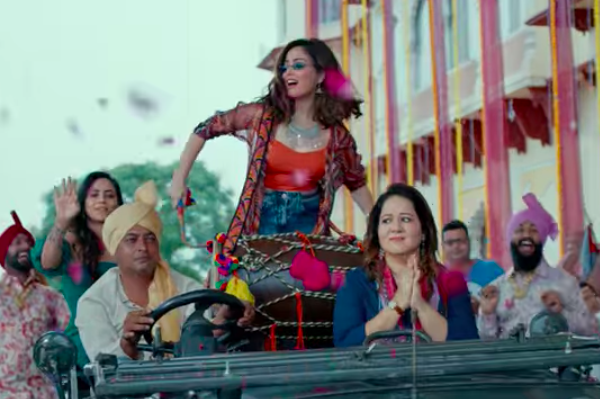 The film has a lot of colours, whether you talk about the settings, costumes, music, and a lot more. But somehow I feel that’s just a failed attempt at showcasing Delhi’s jhataak lifestyle. Bollywood really needs to go in for some serious research when it comes to showing stories set in Delhi. Frankly, we’re tired of seeing characters and cities set in the same pigeonhole every time.

I saw a lot of criticism online about the film, some even calling it a ‘cringe-fest’, but if I’m being honest, you can absolutely make it a one-time watch. Ginny Weds Sunny has some light moments, some naach-gaana, and it’s rated for ages 13 and above! So you can totally watch it with the whole family. We’re in the seventh month of this indoor life. So we all know we need such content to spend quality time with family in lockdown once we’re done fighting over who’s on bartan duty for the day!

If you’re watching the film as a critic, yes you’ll find some glaring problems, but as an audience, you never know, you might just end up enjoying it!

#EveRecommends: Here's What You Can Watch Online This Weekend

Lean PCOS: Symptoms, Treatment, And Everything Else You Need To Know

Abortion In India: The Good, The Bad, And Everything You Need To Know

Your Horoscope For June 27-July 3: Relationships, Work, Life, And Everything In Between