Fun Drinking Games That Will Make Your House Party A Hit

You have the music, you have the food, but your party is still not buzzing? It’s time to pump some energy into your soiree. Challenge your friends to these fun drinking games, and see your house erupt with laughter and cheers. Trust us, your parties will never be boring again.

Here’s a list of fun drinking games to try at the next party.

Related: For The Love of Board Games

This is one of the easiest and most fun drinking games ever invented. All you literally need are some shots. So, ask the group to sit on a circular table with their heads down and shots in front of them. On a count of three, everyone is supposed to look up directly at someone. If you look at someone who isn’t looking at you, you are good to go. But, if you find someone looking back at you then you both shout ‘Medusa’ and take your shot. Keep going till you run out of shots. 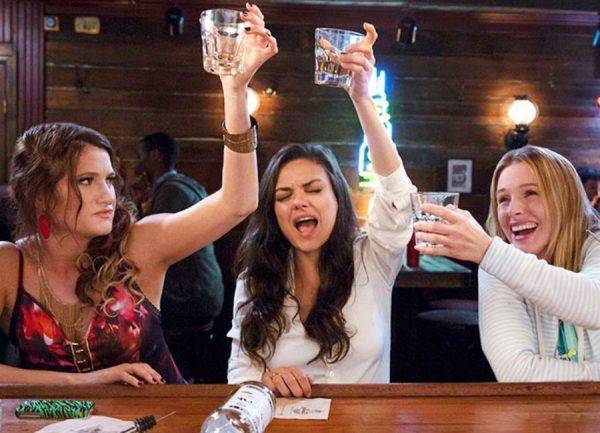 It’s time to spill out some secrets folks! Make all your friends sit down on a circular or round table for this one. At one time two people would face each other and one of them will tell two truthful things about themselves and one lie. The other person has to guess which one is the lie taking a hint from their opponent’s expressions. If they guess it wrong, they take their shot, else the opponent takes their shot. Keep going till you get everyone to spill their secrets! 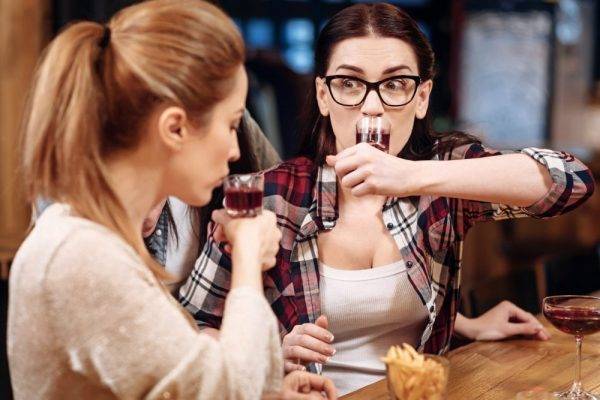 This is the most popular drinking game that you should know. If you have a group of 4 or more friends, line up the drinks and bring out a deck of cards. Every time someone picks a card, they have to do as the instructions below say. Soon your entire party of friends will be drunk with merriment. 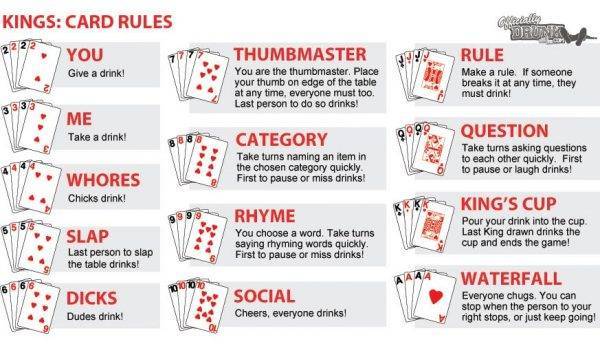 This is the drinking version of duck, duck, goose. Everyone sits in a circle with drinks in front of them. A leader goes around tapping people on the head and asks them to ‘sip’. Each person tagged has to take a sip, until the leader taps someone and says ‘shot’. The one ‘shot’ will now leap up and chase the leader around the circle. If he is successful in catching him, then he becomes the leader and the game continues.

How well do you know your friends? This game will reveal the truth. Jot down some funny questions in chits, sit in a circle and pick them one by one. For example, “Who is most likely to chase Ranbir Kapoor on the streets?” Now everyone should point a finger at someone who they think is most likely to do so. The one with most fingers pointed at him drinks. 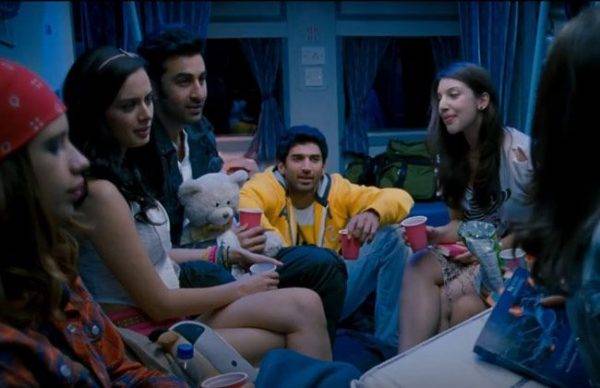 6. Never have I ever

This is another party favorite that will have everyone laughing hard. This will also spill out your friends’ dirty secrets. Again prepare some chits with funny and awkward questions, for example, “Never have I ever kissed a stranger”. Whoever’s answer is yes, will have a drink and will also have to reveal the embarrassing details of the story.

Put a paper bag on the ground and have everyone stand in a circle around it. One by one, everyone has to pick up the bag with their mouth. You cannot use your hands, even to support yourself. With each bite, cut off 1 inch of the bag and the game becomes harder for the next person. Soon you’ll have people squatting and falling all over while trying to bite the bag. Anyone who misses, drinks. 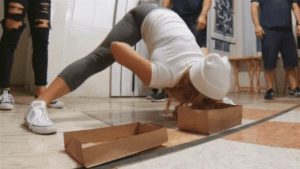 This is another fun game to test your creativity skills. Place some chits in the middle with random words written on them, like ‘mosquito’, ‘love’, ‘burger’ etc. Everyone sits in a circle and is given some blank chits. When it’s your turn, pick up one chit and roll the dice (without showing the number to others). If it’s an even number, write down a true statement related to that word. If it’s false write down a false statement. Now read your statement to others and they have to guess whether it’s true or false. If they are right then you drink and vice versa.

This is for the ones with a strong stomach. Head with your party to the kitchen. One person rolls a dice. If he lands 4, then you have to make a concoction with 4 ingredients and ask him to eat. For example, mustard sauce, a piece of chocolate, jalapenos placed on a cake slice. Would your friend eat it? If yes, then you have to drink, If no, then he drinks. 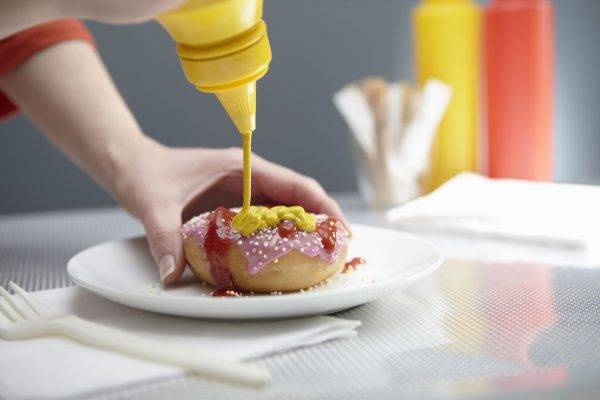 This game needs two cups, one full of alcohol and the other empty. Divide your guests into two teams. Keep a timer of one minute. Now one member of each team has to transfer the drink into the empty cup with a teaspoon. At the end of the one-minute buzzer, the one with the maximum drink left behind loses and has to drink it up. 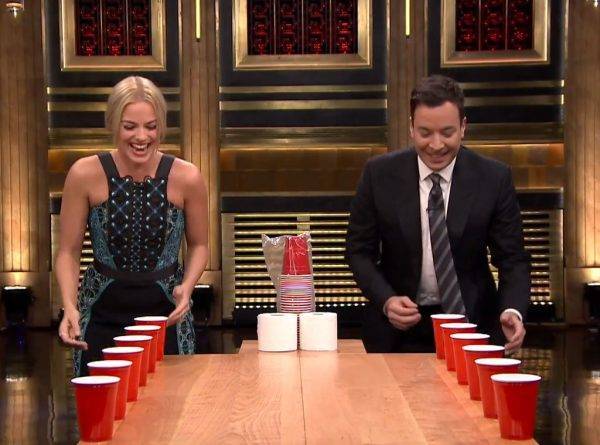 Buzz is a very simple and fun game. Sit in a circle. Each person now has to quickly say a random number one by one. The rule is that you cannot say number 7 or its multiples. If you do, your group has to catch you and say “buzz”. Then you will have to drink. If they don’t, then you shout “Buzz” and everyone else will have to drink. 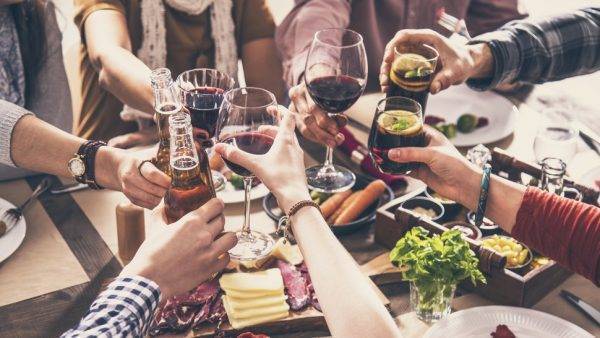 All players have to write a funny or embarrassing sentence on a chit. Now collect the chits in a jar and ask everyone to pick and read one by one. When the text is read, you have to keep a straight face and not laugh. Whoever laughs, has to drink. Harder than you think! 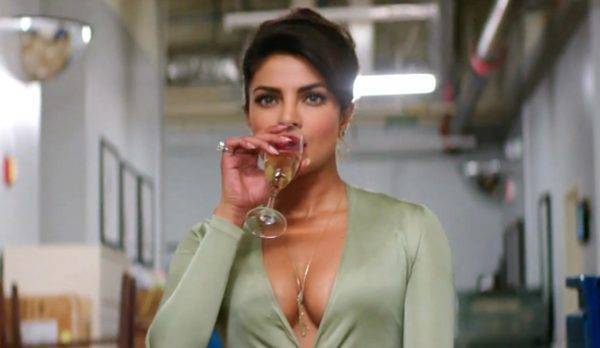 12 Ways To Give New Life To An Old Banarasi Saree