From A Homemaker To An Army Captain: This Woman Braved All Odds In The Face Of Tragedy

Shalini Singh was only 23 years old when her husband, Major Avinash Singh Bhadauria, was killed in action. On September 28, 2001, Major Bhadauria was shot multiple times in an encounter with terrorists in Kashmir. However, instead of giving up, Shalini decided to fight for herself and for her two-year-old son. She decided to join the Army as a tribute to her husband and as a way of survival. From Mrs Shalini Singh, an Army wife and MBA student, she became Captain Shalini Singh, a soldier. 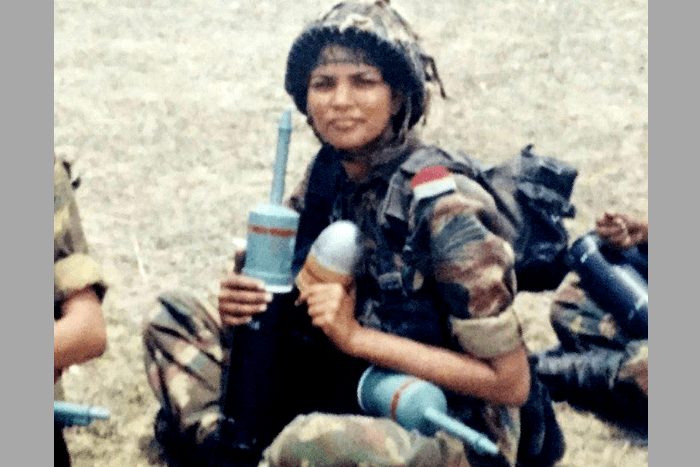 From the home to the field

Even though she was going through the trauma of losing her husband, Shalini had to think of her son first. “Full of life, clueless about what had just happened to us, Dhruv brought life back in me. I had to be strong, for him,” Shalini wrote in an article for SSB Crack.

But there was a world of difference between deciding to join the Army and actually training for it. Her family and friends were supportive, Shalini says. However, the training period was not only tough professionally but it took a personal toll as well.

“I prepared hard and also took coaching for the Service Selection Board (SSB) interview. I even sustained a nose injury due to a wrong long jump attempt while being coached for SSB,” Shalini wrote. “My son had never stayed without me. I was called for a week long interview at SSB, Allahabad. I could not have left him (for that long). My parents accompanied me to Allahabad. Understandably, they were not allowed inside the SSB centre. My son refused to eat (without me). They used to wait outside in a nearby park with him, and I used to come out at every break and feed him.”

Cracking the interview was only the first step

In March 2002, Shalini started a six-month long training programme at the Officers Training Academy in Chennai. The training was physically and mentally painful, beyond what Shalini had imagined. The heat of Chennai and the physically draining tasks made the training especially difficult.

“At times, I used to cry in pain, overwhelmed by sadness and silently angry at my destiny, but I couldn’t have given up,” Shalini wrote. After a long struggle and months of hard training, Shalini was commissioned into the Indian Army on September 7, 2002. As part of the ceremony, her son, then three years old, pinned the epaulettes on her uniform.

There were more proud moments to come for the family. Captain Shalini Singh received her husband’s Kirti Chakra in uniform from the then President of India Dr APJ Abdul Kalam. 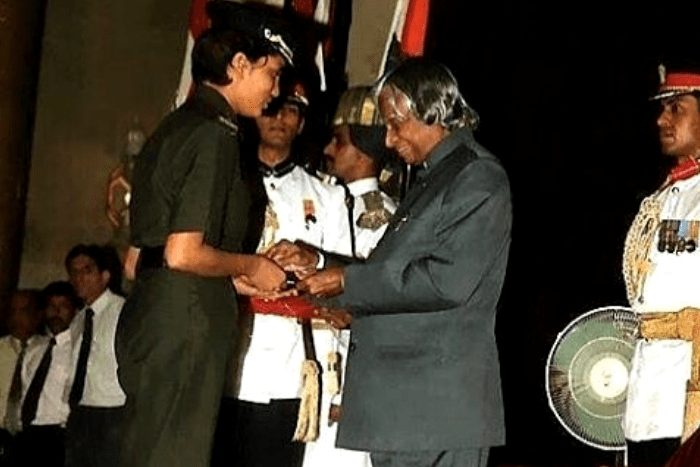 After serving in the Indian Army for five years, Shalini resigned to be with her son. However, there were more struggles to come for her. She survived a near-fatal accident which left her with 17 fractures. In 2017, at the age of 39, Shalini won the Queen of Substance award at the Mrs India pageant. Today, she uses her prominent voice to work on social issues involving women and the youth.

Instead of losing hope in the face of challenges that seemed insurmountable, Shalini Singh not only survived, she thrived. And her story continues to be an inspiration in the Indian Armed Forces and beyond.

Here's How To Use Coral, The Colour Of The Year, In Your Style and Home

Here's How To Use Coral, The Colour Of The Year, In Your Style and Home

Sip Away The Summer With These Refreshing Coconut Water Cocktails

Sip Away The Summer With These Refreshing Coconut Water Cocktails