Reality shows can be the best or the worst of television. Unfortunately, one of the most popular reality shows on Indian television has hit rock bottom this season. Bigg Boss was never a show for the weak-hearted. It thrives on conflict which often results in shouting matches, threats of physical violence, personal attacks, and a lot more of such vile behaviour. Actor Salman Khan steps in as the host every weekend and admonishes these fully grown adults. It’s like a twisted power trip where the showmakers encourage the contestants to behave badly and then bring in their hero to save the day.

We had thought that the last few seasons of Bigg Boss were terrible, but the latest season has gone way past terrible and landed safely into ‘are-they-even-human’ territory. Here’s everything that’s horribly wrong with Bigg Boss season 13. 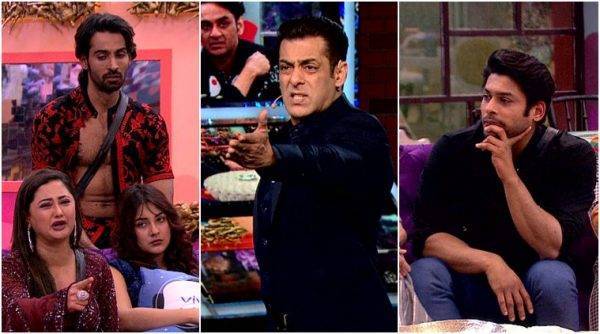 It’s bad enough that people around us still laugh at misogyny and make it a comedy tool. Bigg Boss took it to another level in several recent instances. The contestants in the Bigg Boss house, openly, loudly, brazenly, call each other “aurat” as an insult. And this isn’t limited to the men. The women in the house are equally guilty, if not more so. For all the admonishment that Salman Khan does, he doesn’t address this bare-faced hatred of women.

We don’t even know what this is supposed to mean. What does it mean to fight like a man? And why is it something to be proud of to inflict physical injuries on someone else? While the men keep saying this to each other in almost every fight, the women too have tried to humiliate the men by saying, “Mard ki tarah lada kar,” implying that women are weak and only men fight with honour. 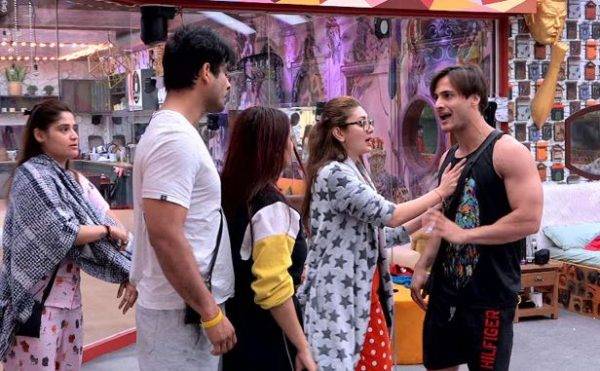 Fights are what this show is all about. That’s why all the trailers and upcoming snippets from the show mostly have nasty fights. But in those fights, when they’re not being horribly sexist, the contestants show their obnoxious elitism. In an instance where the word “naukar” was being thrown around with vicious insensitivity and complete disregard for the national audience of this show, Mahira Sharma, one of the contestants, says, “Shakal naukar wali, aur harkatein bhi naukar wali.” This is meant to be a definitive last word in the fight, an insult to end all insults. We’d love to know how they treat their staff at home.

The seriously ugly curse words targeting someone’s family are bad enough to hear as part of regular conversation. But when you hear it on national television, night after night, you know there’s a rot in there that’s never going to leave.

5. Women fighting over a man

The man in question here is actor Paras Chhabra. And the women are Mahira Sharma and Shehnaz Gill. Why they ever felt the need to fight over him, we’ll never know. But it didn’t even end there. The former friends accuse each other of being jealous of the other all the time. You know, the kind of fights you must’ve had when you were 12. They’re basically telling young girls all over the country that it’s okay to give this much importance to a man and ruin friendships over him.

They fight, he says ghastly things to her, she cries, behaves like a brat, and physically clings to him even after he pushes her off. In a country where violence against women and gender inequality is so rampant, this is the kind of bullshit which should be kept off air completely. It’s even portrayed as cute and that they’re so “in love” with each other. The channel producers need to understand the deadly consequences of glorifying such toxic relationships on a show as popular as Bigg Boss.

7. Showing, and ignoring, hints of violence

In a recent episode, contestants Vishal and Madhurima Tuli, who were previously in a relationship, lunged at each other during an argument. Madhurima looked like she was going to slap him, and Vishal violently shoved her legs into a wall, when she kept her feet on his shoulders and apparently hurt his head. During the argument, it was also implied that there had been violence in their relationship earlier as well. What exactly is the show trying to gain from this unsightly display?

Every weekend, as mentioned earlier, Salman Khan makes an appearance as the resident deity of the show. Everyone dresses up and waits for doodh ka dhula Salman Khan to tell them where they went wrong and celebrate if he praises them. During many of these appearances, Salman Khan chooses to amuse himself, and the audience, by making fun of one participant’s accent. Everyone has a different way of talking, everyone has an accent which shows where they’re from or where they live. But according to Salman Khan, it’s something to pick on week after week, as if it’s something Asim chooses to do as an insult to the rest of them.

9. Encouraging violence in some way or the other

For a group of people that have proven to be excessively violent with each other, the kind of tasks they get make absolutely no sense. It’s like the makers of the show want them to hit and injure each other. Their tasks frequently involve actions like grabbing, physically stopping the other team from doing something, throwing things on each other, and more. It’s been three months since the new season started. Yet, the makers don’t seem to have a grasp on how violent this particular group really is. After the damage is done, of course, the admonishment comes like clockwork.

If you haven’t watched the show yet, spare yourself the trauma.