Review of Never Have I Ever Season 2: The Teenage Drama Just Got A Lot More Dramatic!

Mindy Kaling and Lang Fisher are back with the second season of their hit teenage drama Never Have I Ever. The show revolves around an angry teenager, Devi Vishwakumar. Her life is the typical high school struggle of keeping her grades and social life lit! So, before you dive into the review of Never Have I Ever 2, read our review of the first season for a quick recap:

Never Have I Ever: The Perfect Romantic Comedy With Desi Tadka

From being a nerd to a desired nerd

If you’ve seen the first season, you remember the infamous cliffhanger kiss between Devi and Ben. The show now resumes with Nalini pulling her daughter out of the car and calling her out for her inappropriate behaviour. I mean, how desi! And Nalini even says she hopes that she has a closed casket funeral in case her daughter decides to have sex on top of it! Kaling and Fisher definitely took the sass and humour up a notch in this season, and we love the witty comebacks and banter. Nalini’s character of a desi mom throwing shade and being relatable AF is totally hilare! Yes, I picked up some slang and cool pop culture references from the show that you should definitely watch out for. 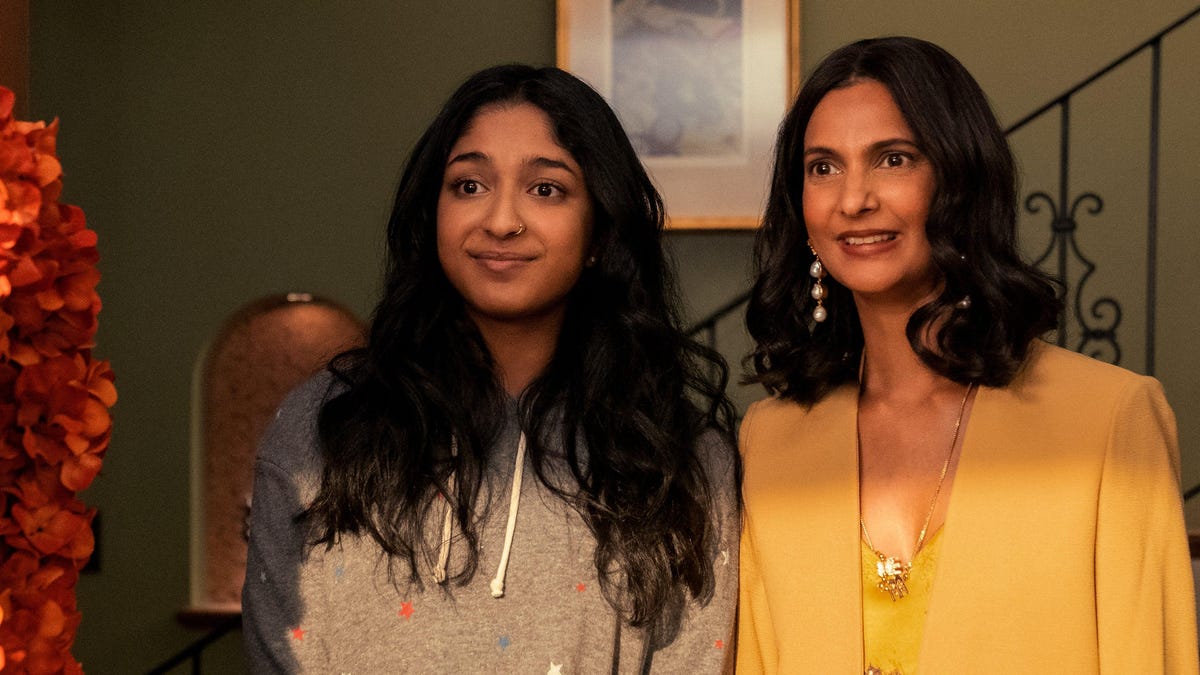 In this season, Devi faces some serious third-world issues. Because the show has upgraded her from being a nerd to being a desired nerd. Picking a boyfriend for herself leads to an SOS call with her friends and some disastrous decisions.

Drama, rivalry, and some cliches

What do you do when you are not able to pick the right guy for yourself? What follows is the typical pros-and-cons-list-to-find-the-ideal-match-to-survive-high-school drama, but with style. For Devi, however, things are just next level exciting in this season. So, instead of being a sensible person, she ends up being a horny nerd and decides to date two guys. Score, Devi! And all this because that is her only chance to have a normal American high school boyfriend experience, which is, to be honest, fair! But her ultimatum ends in a month because Nalini is already packing their bags to move back to India post her husband’s death. So, before the boys figure out that Devi is two-timing them, she’ll be in a whole different country, what can really go wrong?

This season of Never Have I Ever is wittier, full of drama, and some new entries. And while Devi is still figuring out which boy toy to pick, things take a swift turn. Because there is a new transfer student, Aneesa, and suddenly, Devi is not the only Indian in the class. So, she takes it upon herself to retain her position in the class hierarchy by doing every possible thing she could. Devi even resorts to spreading rumours, bullying Aneesa about her eating disorders, and more (wow that’s mean).

Even though it isn’t the best show on the planet, you could still give it a go. If you are in the mood for some lighthearted fun, be assured of some pop culture references and hilare comebacks. It’s a great weekend binge with lots of typical teenage drama, romance, and comedy. But what you’ll love the most is the mother-daughter duo constantly making it relatable with every single remark they throw at each other. And I’m not usually one for spoilers, but once the writers throw a desi grandmom to the mix, it just gets even more interesting!