Have You Seen Ram Gopal Varma’s Bizarre Tweets Lately? If Not, Here’s A Treat

Let’s begin this piece with a little game – think of all the random tweets you’ve seen your favourite celebrities putting out in recent times. Now think about Ram Gopal Varma. Confused? Don’t be. It’s just one of those days when we’re feeling a little too concerned about the content we’ve seen on his Twitter account over the past few weeks. Apparently, he’s got a lot of projects in the pipeline (mostly cringe-alert, of course) and it’s all over his timeline. Now that we’ve stumbled upon them, we don’t want to just keep them for ourselves. Hum akele kyun struggle karein? So, here you go. Check out these absolutely bizarre tweets and posters on RGV’s account.

NAKED – a film by RGV

Honestly, we’re too horrified just by looking at the numerous posters online to actually check what this film is about. If you have any clue, do tweet to us about it @allabouteve_in! Let’s look at some of the tweets by RGV about the film:

For those asking the lead actress role in the film NAKED is played by SWEETY ..She’s one of those rare natural born actresses who plays the demand of a role with utmost conviction pic.twitter.com/rQzUOta5I2

In case anyone had any questions about the actor, don’t worry. Ram Gopal Varma is here for you!

Here’s welcoming the NAKED film heroine the RED HOT saree clad Sweety into the twitter world @SweetyNNN is a woman with attitude ..Her insta handle is sweety.nnn pic.twitter.com/EoYnpOowWv

YES will come to u with one more project very soon ..It’s called SSSSweety #NNN https://t.co/FRoOGrJqQP

He swears on his followers, guys! No questions, okay, please trust him on this?

A collection of pics of the NAKED film Heroine @sweetyNNN from a photo shoot in my office ..I swear on all my followers that Social Distance was maintained https://t.co/ObZE1ghBLx

And if you’re actually interested in watching this ‘film’, here you go: This film is reportedly based on honour killing and is about a case where a father-in-law allegedly got his son-in-law killed because he belonged to a lower caste. Here are some of the tweets by RGV on the same:

This is going to be a heart wrenching story based on the Amrutha and Maruthi Rao saga of the DANGERS of a father LOVING a daughter too much ..Launching the poster of a SAD FATHER’S film on HAPPY FATHER’S DAY #MURDERlove pic.twitter.com/t5Lwdz3zGZ 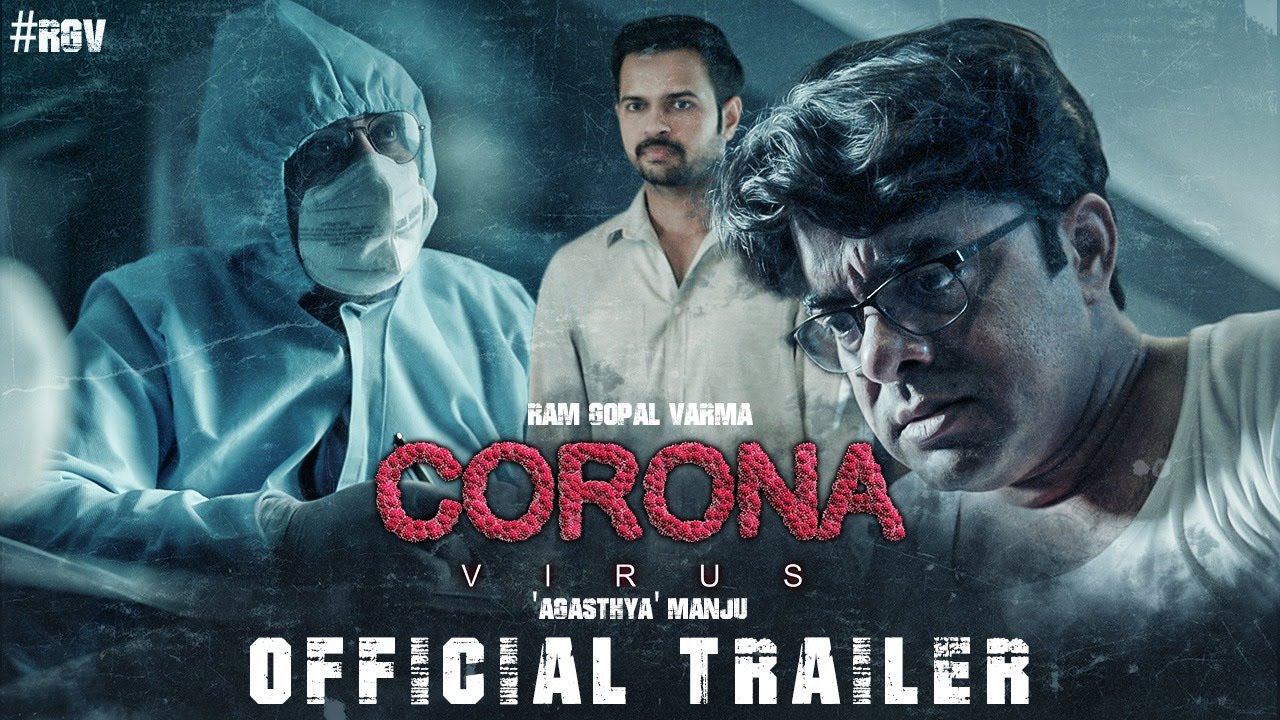 Yeah, that’s right! RGV has also made a film on the ongoing COVID-19 pandemic.

MADE a feature film called “CORONAVIRUS” 👍it is shot entirely during LOCKDOWN Period💪. It will be WORLD’S FIRST FILM ON Coronavirus subject..Our actors and crew proved CREATIVITY cannot be LOCKED DOWN even in LOCKDOWN 🙏 Trailer tmrw 26th 5 PM #CORONAVIRUSFILM @shreyaset

We shot the CORONAVIRUS film in the LOCKDOWN period while strictly following guidelines and this I swear on ESHWAR,ALLAH, JESUS and the GOVERNMENT. https://t.co/fun1Ed36Sn

Guys, we’re all so stupid for being scared of this ‘Chungoo Mungoo virus’

Okay, here’s the final one on this film:

Wait, it’s not all just movies!

If you’re thinking that RGV only talks about his films, you’re wrong. He has also tweeted some important views on current events like the tiddi attack, his own interviews, and other issues:

God NOT forbid but if the locusts were non vegetarian the coronaviruses would be like nursery school butterflies in comparison 🙏🙏🙏🙏🙏 pic.twitter.com/MkmOBNTis6

Honestly, we have no clue what he means here.

Said Fuck off to CORONA which closed down theatres and built my very own RGVWORLDTHEATRE in everyone’s home and less than in a day 1,68,596 people saw #Climax by paying Rs 100 per view! ..Welcome @MiaMalkova and Bye Bye Corona 🤚

Forget THEATRES , the FUTURE of CINEMA is not even on OTT ‘s but it will be only on PERSONAL APPS pic.twitter.com/aUaO8ySuDw

Katrina Kaif, are you listening?

I guess social media creative guys have no bounds ..Check what’s been done with me and my interviewer @ariyanaglory pic.twitter.com/EQKzBFkrKL

Some BAD people are thinking I am JOKING but I SWEAR on GOD and BALAYYA that I think this is the GREATEST SONG I heard since MUSIC was INVENTED..Am sure NTR in heaven is JUMPING in JOY https://t.co/F8mvwVHhCG

Be honest, doesn’t this tweet remind you of an orange-ish guy from another country?

We’re honestly so lost, we don’t even know how to end this article. Tweet your thoughts to us @allabouteve_in!

Need Plasma Donors For A COVID-19 Patient? Dhoondh Can Help You