Privilege And Nepotism In Bollywood: Why India’s Celebrities Need A Reality Check

Ever since Kangana Ranaut told off Karan Johar on his own show about the brazen nepotism in Bollywood, this has been the hot topic of most debates about the industry. With Sushant Singh Rajput’s death, nepotism in Bollywood and the damage it can inflict has once again come back into focus. The condolences and reactions this time were not the same. Some said what everyone was thinking. Bollywood needs to change its bullying attitude towards non-star kids. Some did the usual heartbreak emoji and “gone too soon” posts. Others went up in arms against the people who run Bollywood, which is mostly star kids.

The trolling became vicious enough for a few celebrities, like Sonakshi Sinha, to deactivate their accounts, and others, like Karan Johar, have now limited themselves to following those who they know will never say anything against them. Instead of trying to address the problem, which may or may not have cost a life, they’ve buried their heads in the sand, hoping for the storm to pass. 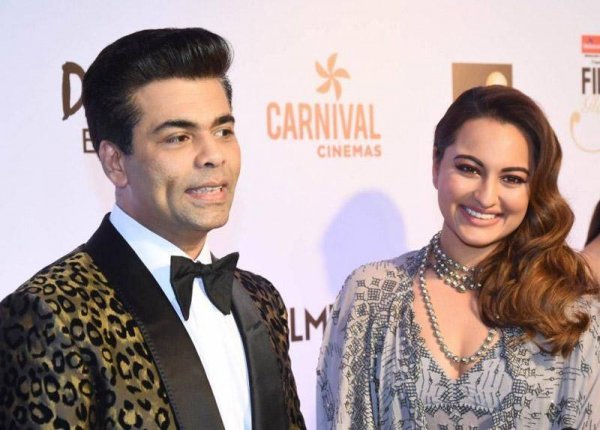 Several star kids have been trolled constantly since Sushant Singh Rajput’s death. They’ve been blamed, directly and indirectly, for encouraging the culture of nepotism in Bollywood and keeping big banner films away from ‘outsiders’. They’ve also been at the receiving end of threats, to themselves and to their families, and pure hatred. This doesn’t solve anything. Instead, it gives star kids, who may have perpetuated this clique-y behaviour, something to use to garner sympathy for themselves. They defend themselves in a manner that is brash, immature, and completely tone deaf, to say the least. Like Sonam Kapoor, the daughter of a Bollywood star, the granddaughter of a filmmaker, and the niece of one of the biggest film producers in India, claiming that it’s all about “karma“.

Bullying, misguided vengeance, and the need to further your own agenda not caring about the collateral damage. This is all your karma. May god and the universe forgive you. pic.twitter.com/SJpZPUWqCY

Soon after she started receiving backlash for equating generational privilege with karma, Sonam Kapoor put out another post, this time for Father’s Day. What should’ve been a simple Father’s Day wish for her father also turned into a thoughtless defence of nepotism.

Today on Father’s Day id like to say one more thing, yes I’m my fathers daughter and yes I am here because of him and yes I’m privileged. That’s not an insult, my father has worked very hard to give me all of this. And it is my karma where I’m born and to whom I’m born. I’m proud

This is, by far, the worst reaction to such a deep-rooted problem. Instead of even attempting a solution, declaring that your privilege is some sort of reward is just wrong. Did the rest of us do some really terrible things to not be rich star kids?

Apart from this highly problematic defence, there’s also the age-old nepotism-is-everywhere theory. Listen to this failed attempt by Varun Dhawan at dismissing an issue with tasteless humour. Apparently, a career = a pencil box.

When, despite terrible performances, star kids still get roles with A-list directors and big banners, there’s nothing else but nepotism at play. When talented “outsiders” have to play second fiddle to a star kid, it’s all about nepotism. Still don’t get it? Here’s a very simple explanation of how generational privilege in Bollywood puts you more than a few steps ahead of the others.

Nepotism didn’t start with this generation of star kids. It’s been around for decades now, and it has produced some great talent in Bollywood. But it’s time to let it go. How many talented actors have we lost because they couldn’t get their foot in the door ahead of a Bollywood baby? How many more will come and go without being heard?

We don’t know what broke Sushant Singh Rajput, and it is truly horrible to speculate without knowing him and his personal struggles. But we do know that Bollywood has a huge nepotism problem. While incredibly talented actors struggle paycheck to paycheck, there are star kids who just need to pick up the phone and dial the producer who will turn their careers around.

The Johars, Kapoors and Khans aren’t the villains here; this is what they’ve been told they must do. But it’s about time they stepped out of their bubbles and realised how much damage they can now undo. No matter how good or bad your karma is, there’s nothing stopping Bollywood’s star kids from using their privilege for good. Talk about the problem, discourage the practice, actively find and promote talent from outside the industry’s families, and never, ever use “karma” to defend yourself.