Gender Equality And Karwa Chauth In The 21st Century: Can They Truly Co-Exist?

Karwa Chauth – a festival where women (mostly north Indian) fast for the whole day to pray for the well-being of their husbands. It doesn’t make sense logically, but a lot of rituals don’t. However, it is Karwa Chauth that has become the main focus of ridicule in the past few years. To each her own, we say. But has criticising Karwa Chauth in the 21st century and the women who fast become more of a fashion statement? There are several more traditions that come from notions of patriarchal supremacy, like giving a daughter away during her wedding. Do we criticise and ditch all such traditions? The logical answer would be yes, but we don’t. To criticise one tradition and celebrate another, born from similar beliefs, is a lot like Indians talking about how racist the West is but stereotyping African expats in India as ‘drug dealers’.

Can gender equality and Karwa Chauth co-exist at a time when women are fighting for their rightful place in the world every day? How do we justify a tradition in which women are expected to fast for their husbands’ long lives but there is no such expectation from the men? 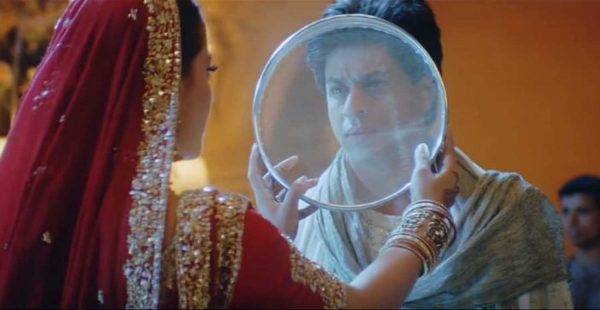 Of course, Karwa Chauth now is more relaxed than what it used to be. It’s quite common now for husbands to fast with their wives. This is considered a cute gesture on their parts, but why is anyone fasting? Is it all just to appear woke and gather likes on social media?

“I do not understand the concept of Karwa Chauth at all and I’m not going to fast when and if I get married,” Kashika, an editor with a leading website in Delhi, tells us. “I don’t even care about the husbands fasting for the wives, and I definitely don’t think it’s cute or romantic. The whole thing is very dumb because it’s just about the optics and fasting for someone is not going to make them live longer or make your marriage a success.”

The ladies who do fast argue it’s more about tradition and celebrating an occasion with family more than staying hungry.

“I fast as everyone does, including my family and friends,” Radhika, who works in the fashion industry, says. “It’s more of a tradition and a social event at the same time. Everyone is fasting, getting mehendi, wearing nice clothes, and getting gifts.”

Kangan, a full-time mom with a full-time job, has a more personal reason for why she chooses to fast every year. “In these uber modern times, it gives me a sense of mooring to continue to attach to traditions,” she says. “Karwa Chauth is also another reason to celebrate our culture and traditions. All of this along with eternal protection for my husband. It’s too good not to celebrate.”

Believing in the myth that fasting adds to your husband’s life is not really mandatory for this festival now. In fact, more and more women who fast do it for various reasons which don’t have much to do with the story behind the festival.

“I choose to fast on Karwa Chauth not because I believe I’m contributing to my husband’s long life but because I get another reason to tell him he’s special,” Vasundhara, who is celebrating her first Karwa Chauth this year, says. “The idea of fasting to convey that is a mere effort to detox via intermittent fasting. I can be sceptical about a lot of things but a day that brings a family closer will always be a happy day for me.” 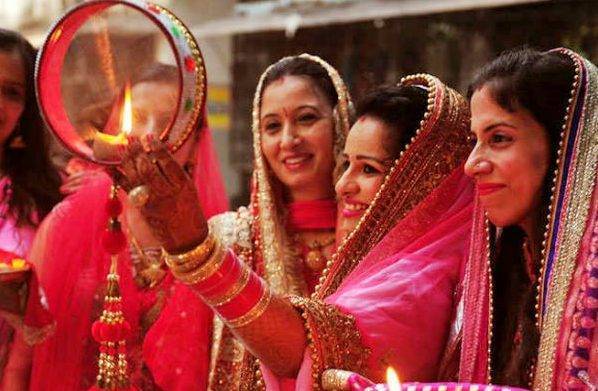 Keeping traditions alive is an important part of our lives, especially in India. Every family has some customs and rituals which no one really understands but still follow. Whether it’s the comfort of the familiar or recreating a happy childhood memory, traditions are a part of daily life. Then why is it that Karwa Chauth is fading fast from our list of traditions, at least for millennials? We asked a few married women why they don’t fast, considering there are more than a few people around ready to nag them for being unfeeling and insensitive.

“Marriage doesn’t mean being a pativrata, also known as mothering your husband. It’s a partnership between a man and a woman, and no partnership binds one person to go hungry for the other,” Divya, a public health expert says. “Instead, we should try and keep this institution of marriage relevant by being more sensitive to each other’s needs. The need for space, individual growth and new ideas. To not belittle each other in public or in front of your kids. To not take each other for granted, to not be stuck to each other because society says so. By respecting each other’s opinions even if you don’t agree. Most of all, making it a fun place rather than an obligation.”

Meghna, a journalist in Mumbai, tells us, “I don’t fast because it’s the 21st century and the concept of Karwa Chauth is so archaic. There are better, logical ways to make your husband live longer, like working out together and monitoring his diet.”

At the end of the day, it’s all about making your own choices and recognising everyone else’s right to do so too. It’s not about enforcing your beliefs on someone else, no matter what they are. Like one of the women we spoke to said, “Bas kar leti hu yaar, ismein kya behes karna kisi se“.

Heritage Walks, Authentic Dining, And A Fleabag Play Screening: Do More This Weekend

Heritage Walks, Authentic Dining, And A Fleabag Play Screening: Do More This Weekend